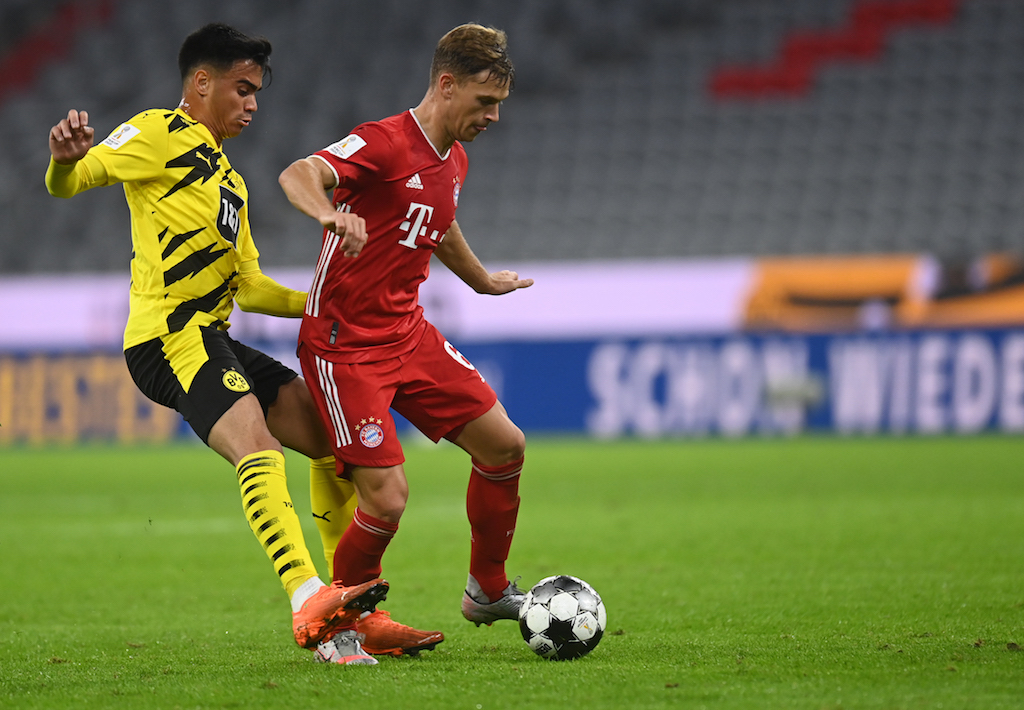 MUNICH - Bayern Munich claimed their fifth title of the year as a late Joshua Kimmich goal sealed their 3-2 win over Borussia Dortmund to land the German Super Cup.

Hosts Bayern built a 2-0 lead with first-half goals by Corentin Tolisso and Thomas Mueller, only for Erling Braut Haaland to equalise early in the second half after Julian Brandt pulled a Dortmund goal back just before the break.

However, Kimmich settled the matter through sheer determination behind closed doors at the Allianz Arena.

His initial shot was saved by Dortmund goalkeeper Marwin Hitz but the rebound clipped Kimmich's boot and looped in for the winning goal eight minutes from time.

"Joshua is a classy player. The way he chipped that ball in," said Bayern captain Manuel Neuer in admiration.

Having had their record 23-match winning streak ended by a shock defeat at Hoffenheim on Sunday, Bayern bounced back.

"He (Kimmich) has enormous quality, he is in great form," said Bayern head coach Hansi Flick whose side have won an eighth-straight Bundesliga title, the German Cup, Champions League and the UEFA Super Cup this year.

This is the fourth time in five years Bayern have won the showcase match.