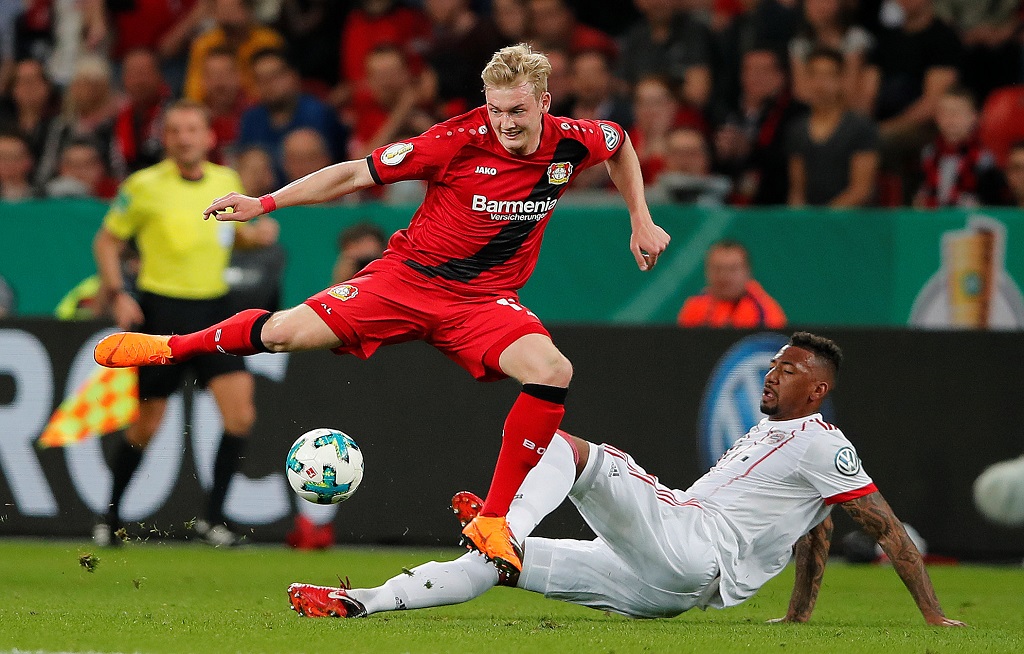 GERMANY – Thomas Mueller shone as Bayern Munich romped to a 6-2 semi-final win at Bayer Leverkusen on Tuesday to reach the German Cup final and keep their treble dreams alive.

Leverkusen are up to third in the Bundesliga, but trail champions Bayern by a massive 24 points and the gulf in the league table showed up clearly in this semi-final.

Mueller, the man of the match, scored twice and helped set up the visitors&39; first goal for Javi Martinez after only three minutes.

Bayern Munich CRUSH Leverkusen away from home and reach their 5th German Cup final in the last 7 years. pic.twitter.com/wEDASDzx1n

Robert Lewandowski added a second, his 36th goal in 40 games this season, when left unmarked in the area as Munich raced into a 2-0 lead after just nine minutes at the BayArena in Leverkusen.

Bayer captain Lars Bender gave the hosts hope with a 16th-minute header while the Bayern defence appealed for an offside call which never came.

Leverkusen&39;s Germany winger Karim Bellarabi could have equalised when he twice forced Bayern goalkeeper Sven Ulreich into reflex saves, but it stayed 2-1 at the break.

Bayern stormed away in the second half as their star-studded attack turned on the style.

Mueller, a constant menace to the Leverkusen defence, netted his first on 52 minutes after good work from Thiago Alcantara, who hit their third eight minutes later.

The Spain international ran across goal and pulled back a sublime shot which wrong-footed Leverkusen goalkeeper Bernd Leno.

Arjen Robben made it 5-1 when he fired home unmarked in the area on 64 minutes.

Jamaica winger Leon Bailey, a second-half replacement, pulled a goal back for Leverkusen with a stunning free-kick on 72 minutes.

READ: Ribery among scorers as Bayern march on in Bundesliga

But Mueller extingushed any hopes of a fight-back with his second and Bayern&39;s sixth as the attacking midfielder scored a classic striker&39;s goal.

When a Thiago pass played him into the area, Mueller shielded the ball with his body, then spun around his marker to bang his shot past Leno on 78 minutes.

Mueller was cheered off by visiting Munich fans when he made way for James Rodriguez on 80 minutes.

Having already wrapped up a sixth straight Bundesliga title, Bayern will now face either Schalke or Eintracht Frankfurt, who meet in Wednesday&39;s other semi, in the cup final in Berlin on May 19.

Bayern host Real Madrid in the Champions League semi-final a week on Wednesday before the return leg in Madrid on May 1.