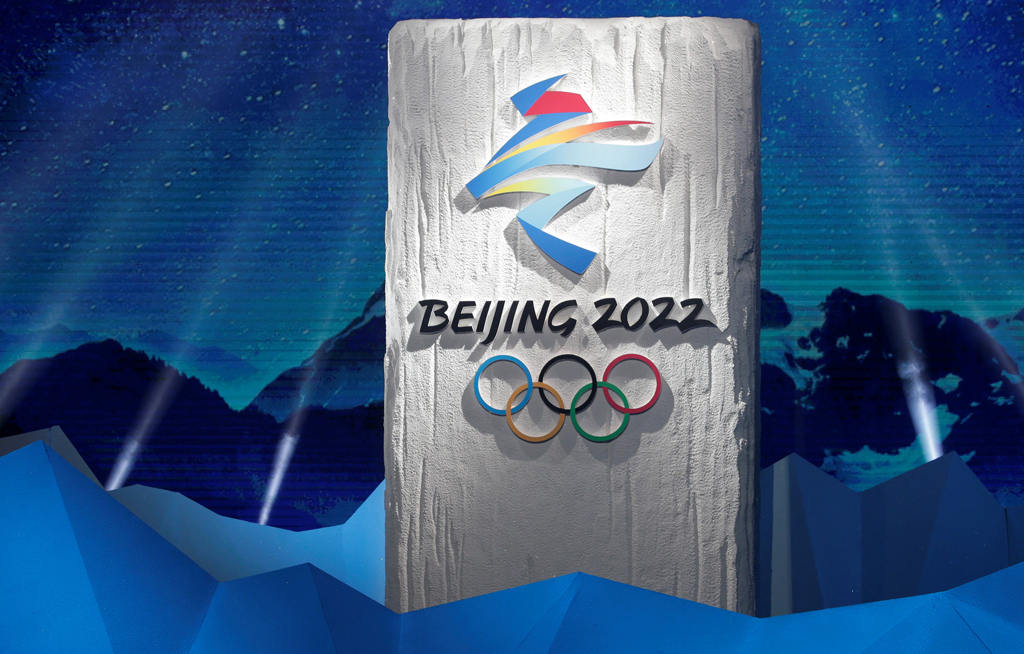 Emblem for the Beijing 2022 Olympic Winter Games is unveiled during a launch ceremony in Beijing, China December 15, 2017.

Beijing, which hosted the Olympics in 2008, will become the first city ever to hold both the summer and winter Games as the country looks to burnish its sporting prestige.

At the glitzy ceremony in the Chinese capital, a dramatic drumbeat accompanied the countdown to reveal the Olympics logo: bold brushstrokes of colour resembling the shape of a skier as well as the Chinese character for "winter".

The Beijing 2022 Paralympic Winter Games emblem was similar in design and resembles the Chinese character for "flight" in calligraphy.

"The emblems combine Chinese culture and... the passion, energy and vigour of winter sports, the president of the Beijing 2022 Organizing Committee, Cai Qi, said on stage.

The country of 1.3 billion is home to roughly only six million skiers, but President Xi Jinping hopes that number will rise to 300 million in the coming years as he tries to turn the country into a winter sports powerhouse.

Cai said the Chinese government had to sort through some 4500 entries from designers before choosing the emblems, which are also meant to represent "a pursuit of excellence".

During the show Chan belted out the song, "Wake Up Winter" in English and Mandarin as clips of people playing winter sports played on a giant screen.

The ceremony, which was attended by former Chinese Olympians, took place at the futuristic "Water Cube" -- former site for swimming events at the Beijing 2008 Summer Games.

International Olympics Committee President Thomas Bach said via video message that Beijing is set to "make history" as the first city to host both the summer and the winter Games.

Beijing Winter Olympics 2022 Logo is an amazing concept based one. Kudos to those who conceptualised and created it. --@Olympics @Beijing_2022 @olympicchannel pic.twitter.com/4uVTkl7FBX

Beijing won the bid over only one other contender, Almaty, after other cities backed out over high costs.

China has had great success at the Summer Olympics, but its few Winter Olympics victories have been centred on speed skating.

The Chinese capital has financial muscle and the political determination of a one-party state.

But the country still has scant top-class facilities for outdoor events and only about one metre of snow falls annually in the mountains north of Beijing, where alpine skiing events will be held.

The hosts will employ an elaborate artificial snow-making system, Beijing officials have promised.