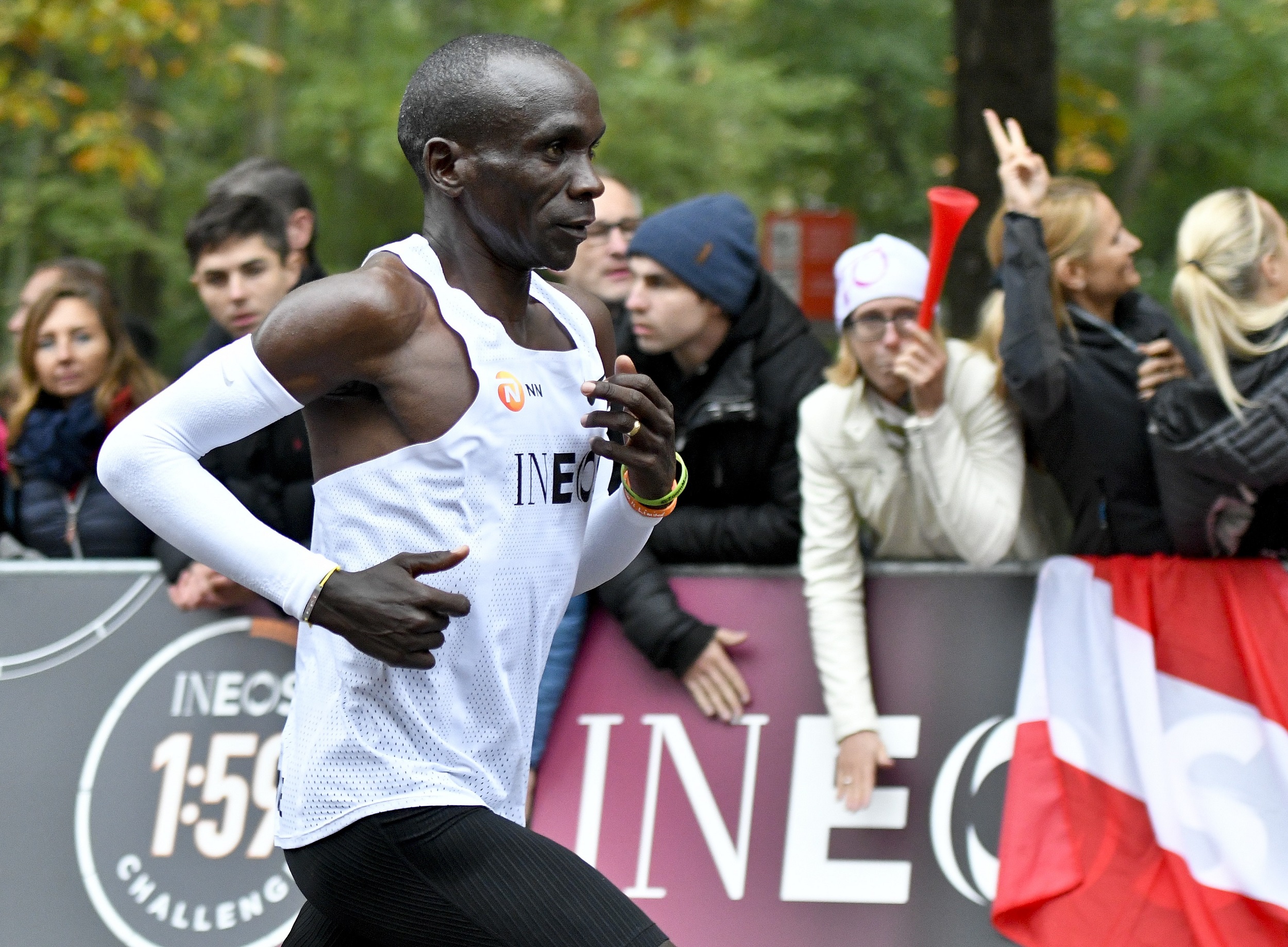 Eliud Kipchoge, who became the first man to run a sub-two hour marathon in an unofficial race Vienna in October, is seeking a record fifth London title.

LONDON - Eliud Kipchoge and Kenenisa Bekele, the only men to go under two hours, two minutes for the marathon, will go head to head over the classic distance in this year's London Marathon, organisers said.

Kenya's Kipchoge had already announced he would defend his title but the presence of Ethiopian former track superstar Bekele, who produced a stunning 2:01:41 run in Berlin last October to miss Kipchoge's world record by two seconds, will have fans drooling.

Also in the field for the 26 April race will be Mosinet Geremew, Mule Wasihun and Shura Kitata the Ethiopian trio who finished second, third and fourth last year.

Yet it is the showdown between the two men each with a legitimate claim to be the greatest distance runner in history that should draw huge crowds for the 40th edition of the race that began with a dead heat in 1981.

Kipchoge, who became the first man to run a sub-two hour marathon in an unofficial race Vienna in October, is seeking a record fifth London title.

He has won 11 of the 12 marathons he has started, including the 2016 Olympics in Rio, and also has a slew of Olympic, world and commonwealth medals on the track and in cross country.

After moving up to the marathon in 2014 he struggled with injuries and his best days appeared to be behind him until he pulled out his astonishing run in Berlin last year.

Not only was the time almost a minute faster than anyone other than Kipchoge had managed, it was better by around four minutes than any Bekele had produced since his 2:03:03 on the same course in 2016.

"I'm looking forward to racing Eliud again," Bekele said. "We have had many great battles over the years on the track, roads and cross-country.

"He is a special athlete but I feel my win in Berlin proved that I am still capable of winning the biggest races and in world-class times."

Bekele said that London was his favourite race and, although the last seven world records have been set in Berlin, he feels the head-to-head nature of this year's event could produce a first men's world record on the course for 18 years.

The chances of that will be aided by the fact that both men, along with the vast majority of the elite field and probably thousands of the club runners, will be wearing a version of Nike's Vaporfly shoe, which contains carbon plates and a mass of compressed foam and which has helped contribute to marathon and other distance records tumbling.