Real Madrid down Juventus 2-0 in friendly 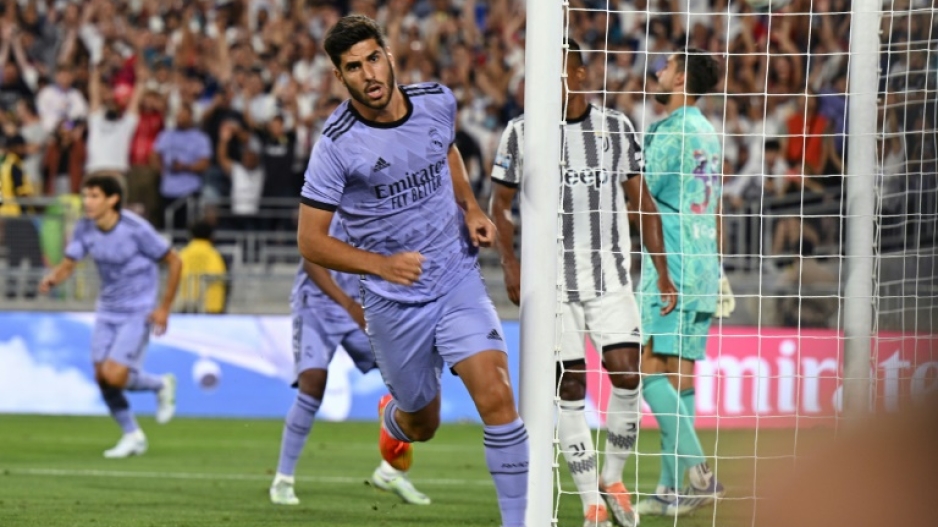 Real Madrid midfielder Marco Asensio reacts after scoring a goal in a 2-0 friendly win over Juventus at the Rose Bowl in Los Angeles. AFP/Robyn Beck

With his eye on Real Madrid's European Super Cup clash with Eintracht Frankfurt in 10 days, coach Carlo Ancelotti started the same lineup that beat Liverpool in the Champions League final in May.

They produced the first victory of Real Madrid's United States tour, after a 1-0 loss to La Liga rivals Barcelona in Las Vegas and a 2-2 draw against Mexico's Club America in San Francisco.

Spectators were still trickling into the stands when French star Benzema had a goal disallowed just eight seconds into the contest, Uruguay's Federico Valverde's through ball catching him offside.

Juventus had their best chance of the match in the 13th minute, but Leonardo Bonucci's direct free kick hit the crossbar.

Benzema opened the scoring with a penalty in the 19th, crisply firing into the bottom left corner after Juventus' Danilo brought down fellow Brazilian Vinicius Junior with a sloppy move in the penalty area. 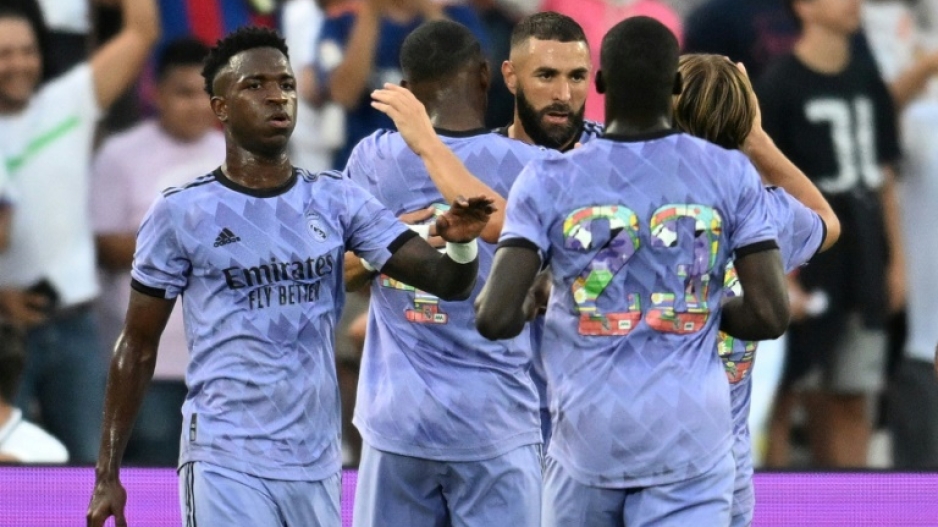 Pressing hard to put the match to bed after the interval, Real Madrid were thwarted by Juventus goalkeeper Mattia Perin, who denied a sharply angled shot by Daniel Carvajal before soaring to stop a long-range left-footed blast from Benzema in the 62nd minute.

Two minutes later, Benzema was among the departing players as Ancelotti made nine substitutions.

He received an ecstatic cheer from the largely pro-Real crowd of 93,702 at the Rose Bowl, the picturesque stadium tucked into the foothills northeast of Los Angeles that was the venue for the 1994 World Cup final.

Asensio was among the substitutes, and quickly made an impression, sweeping a cross from the left by Jesus Vallejo into the net with his left foot.

It was enough to seal the win in a match in which Juventus barely tested Real Madrid goalkeeper Thibaut Courtois.