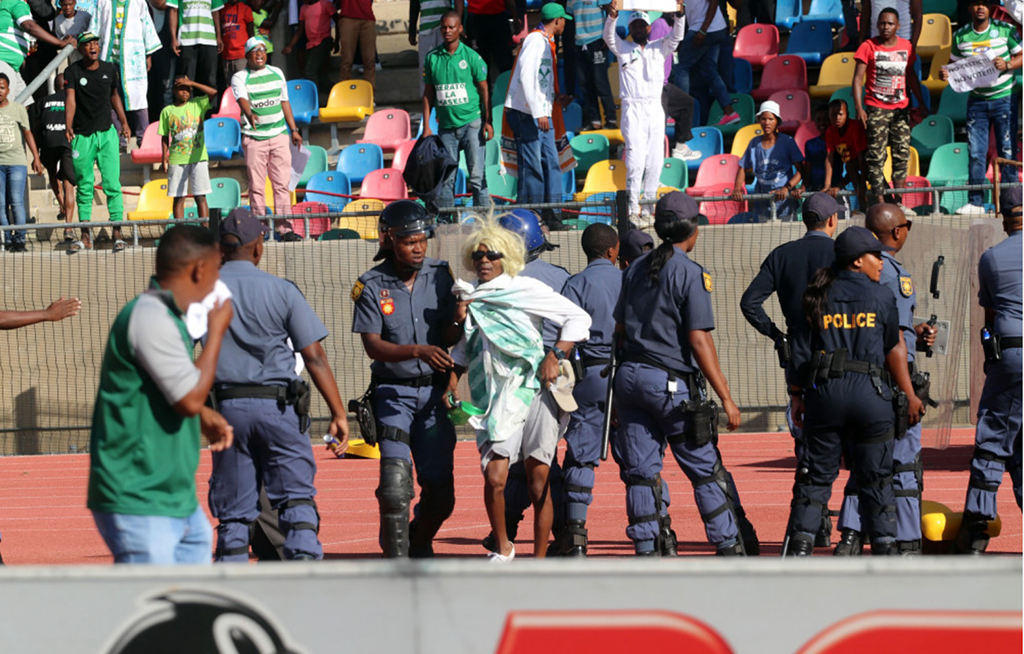 Police taking supporters out of the field during the Absa Premiership 2018/19 game between Bloemfontein Celtic and Cape Town City FC at Peter Dr Molemela Stadium in Bloemfontein the on 14 April 2019.

JOHANNESBURG - The Premier Soccer League has charged Bloemfontein Celtic with bringing the league into disrepute.

This after fans disrupted their match against Cape Town City at Dr Petrus Molemela Stadium on Sunday.

Police had to use rubber bullets to disperse the crowd after they invaded the pitch - resulting in the game being stopped in 23 minutes into the first half.

Celtic has been charged with failure to provide adequate security for the match and bringing the League, sponsors Absa, SAFA, CAF and FIFA into disrepute, PSL said in a statement.

The Free State-based side is expected to appear before the PSL Disciplinary Committee on Thursday, 25 April 2019.