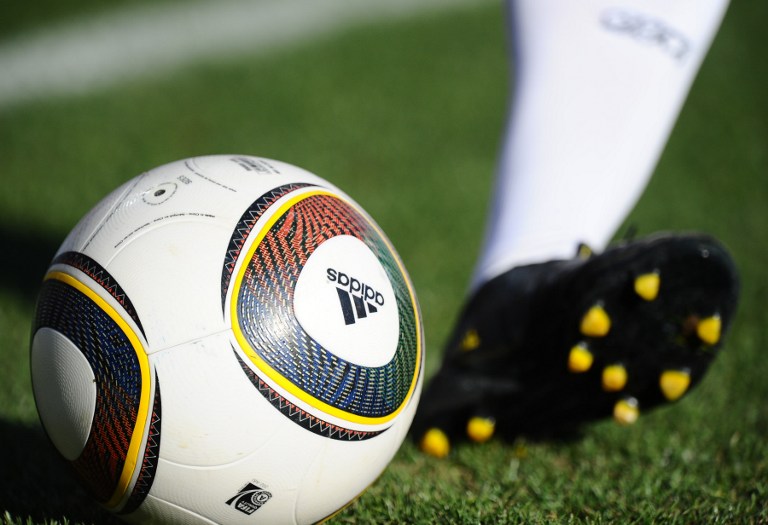 A Jabulani football is pictured prior to the 2010 World Cup round of 16 match Germany vs England on June 27, 2010 at Free State stadium in Mangaung/Bloemfontein.

JOHANNESBURG – Bloemfontein Celtic coach Duncan Lechesa was left a happy man after his side smashed Platinum Stars 4-0 in their MultiChoice Diski Challenge match on Saturday.

“You know, it’s all about working hard and trying to get the big apple, which is the league,” said Lechesa.

“The boys were outstanding today and we are happy with three points. We are humbled by the support we got here, it was amazing. The supporters want to see entertaining football and the boys always come to the party in that regard."

68' - GOAL ALERT - Mabaso gets his brace and puts @Bloem_Celtic 0-3 up. The headed goal surely seals the game and all 3 points #Asidlali pic.twitter.com/NLMsHolqRx

“Celtic were on top of us. They were the better side throughout and they showed that they want it the most,” said Diale.

“Our spine was not functional today. I am really disappointed with the performance of my two centre backs, midfielders and goalkeeper.”

Orlando Pirates coach Zipho Dlangalala said it was good to get a positive result.

“We are still working on improving a lot of things. I hope that the time will come when it is all consolidated and then they can perform consistently,” said Dlangalala.

“I am happy for Yanga to score that goal. It is his first goal in the MDC, he hadn’t played the last two games so it is encouraging for him to come in and do well.”

“I think the planning was spot on. We knew how Pirates were going to line up and they did exactly did that,” said Kopo.

“I have to give credit to my players for the discipline they showed in applying the tactics and their hard work. Pirates only had one shot on target and they scored from it.”