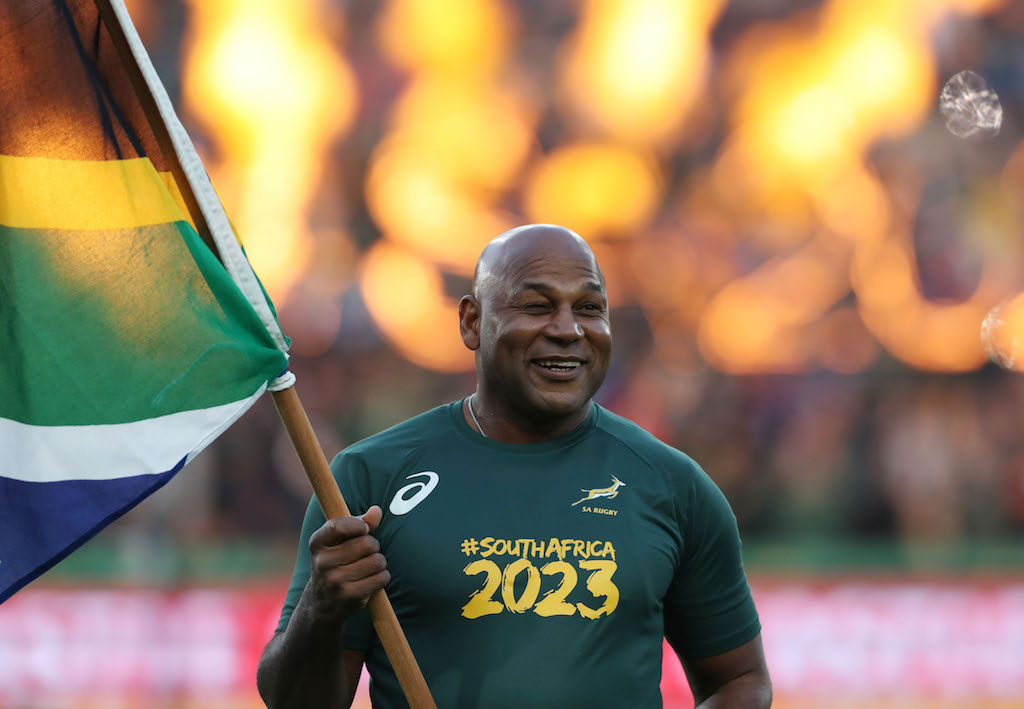 File: The people of Japan have vowed to support Chester Williams' foundation and continue his legacy.

KUMAGAYA - Springbok coach Rassie Erasmus said the country has "lost a legend" after the sudden passing of former South Africa World Cup winner Chester Williams due to a suspected heart attack at the age of 49 on Friday.

The death of the jinking winger, who scored 14 tries in 27 appearances for the Springboks, including four in a single test, came just weeks before the World Cup kicks off in Japan.

He was due to attend as one of the event's past legends.

Erasmus, in Japan ahead of the Rugby World Cup that starts on September 20, said the team were in shock after hearing the news.

"I played with Chester and many of our management knew him well and we are all in shock this morning," Erasmus said.

"Many of our players were too young to remember the 1995 Rugby World Cup final, but they have grown up watching highlights of the final and of Chester, and know him as a rugby player who became an icon for our country.

"Only this week our management team was chatting to Chester about his plans to come to the tournament and about tickets for Rugby World Cup matches. It will take us some time to get over this shock."

The passing of Williams follows just six weeks after the death of 1995 World Cup final teammate James Small, who also suffered a heart attack at the age of 50.

The Boks defeated favourites New Zealand 15-12 in an epic decider at Ellis Park that went into extra-time and saw South Africa lift the first of two World Cup titles.

Williams is the fourth member of the team to pass away after scrumhalf Joost van der Westhuizen succumbed to Motor Neuron Disease in February, 2017, and loose-forward Ruben Kruger perished after a long battle with brain cancer.

Erasmus said Williams has cemented his place as one of the Boks' most iconic players.

"Our thoughts and prayers right now are particularly with the family that Chester has left behind, with Maria and the children. We have lost a legend, they have lost a husband and father," he said.

"It's probably no comfort to them now, but I am sure that Chester's name will go down with the greats of South African rugby as a player and for what he stood for in our country's history.