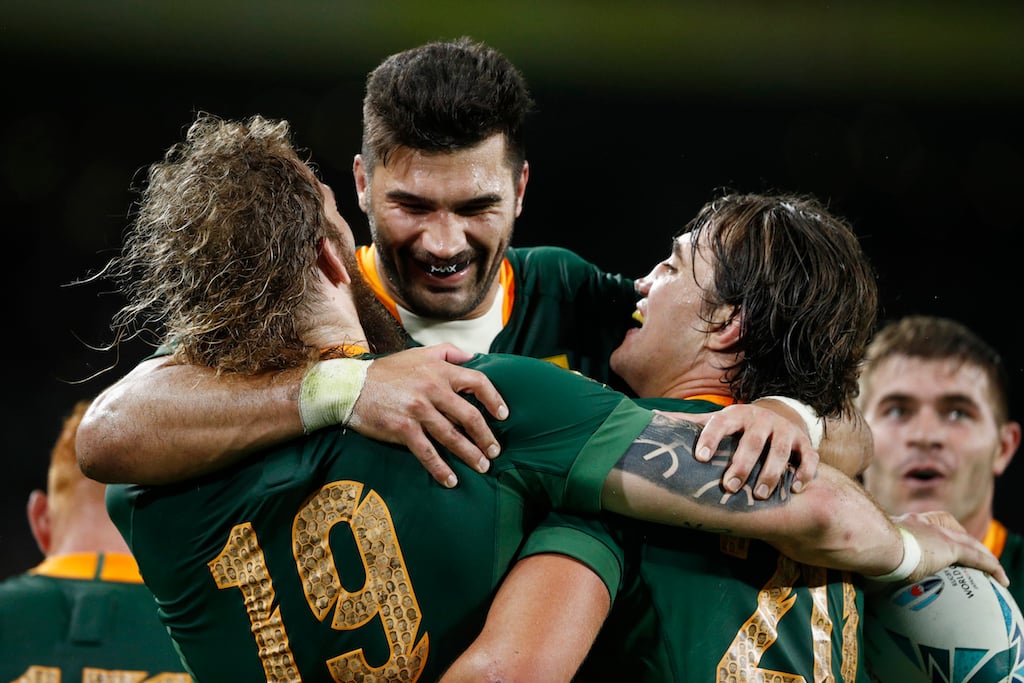 KOBE - Newly-arrived Damian Willemse will start at full-back as South Africa made 13 changes for their Rugby World Cup Pool B clash against minnows on Canada in Kobe on Tuesday, where victory will seal a quarter-final place for the Springboks.

Willemse was an injury replacement for centre Jesse Kriel, but has been selected in the number 15 jersey in a back three that also includes Warrick Gelant and Sbu Nkosi on the wings.

Damian de Allende and Frans Steyn make up the midfield pairing, while Elton Jantjies takes over at fly-half and will want an improved performance after a sloppy showing in the 57-3 mauling of Namibia in their second pool match.

He will be partnered by Cobus Reinach at scrumhalf.

Captain Siya Kolisi has been retained at flank to get more game-time after an injury-ravaged season, while Kwagga Smith is on the opposite side of the scrum and Francois Louw at number eight.

Franco Mostert and RG Snyman are the two locks, Vincent Koch and Thomas du Toit pack down in the front row at prop, with Schalk Brits at hooker.

"A four-day turnaround between tests is a challenge but we had planned for it and will be well prepared," coach Rassie Erasmus told reporters in Kobe on Sunday.

"This match is just as important as the three that we have already played – it has the same number of log points available and the same impact on our chances of qualifying and we have to now complete the job.

"There are a number of new combinations in our team but we have been together for several weeks now and everyone understands our gameplan and strategies.

"The nice thing is that at the end of the match every member of the squad will have started a Rugby World Cup match."