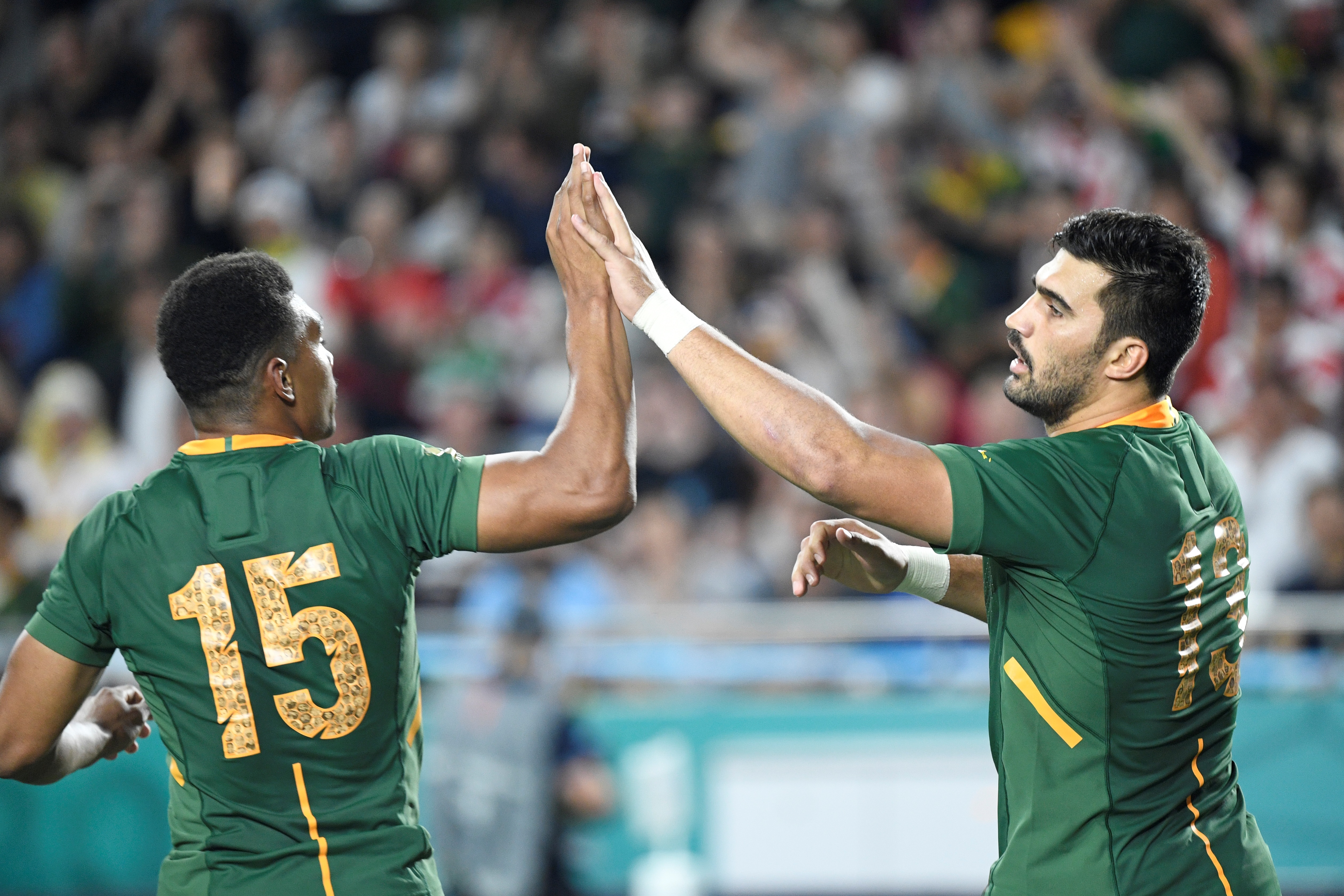 South Africa's centre Damian De Allende (R) celebrates after scoring a try during the Japan 2019 Rugby World Cup Pool B match between South Africa and Canada at the Kobe Misaki Stadium in Kobe on October 8, 2019.

KOBE - Third-string scrumhalf Cobus Reinach scored a hat-trick of tries in 11 minutes as South Africa celebrated their 500th test by storming into the Rugby World Cup quarter-finals with a 66-7 victory over Canada on Tuesday.

The Springboks ran in six tries in the first half-hour at Kobe Misaki Stadium, and Canada's woes deepened a couple of minutes before halftime when replacement lock Josh Larsen was shown a red card for an illegal shoulder charge at a ruck.

South Africa was unable to maintain the same pace in the second half, and the short-handed Canadians scored a deserved try through flanker Matt Heaton in the 46th minute.

The Springboks still had very much the better of the contest, though, and four tries after the departure of Larsen sent them through to the knockout stages with three wins in four Pool B matches and a spring in their step.