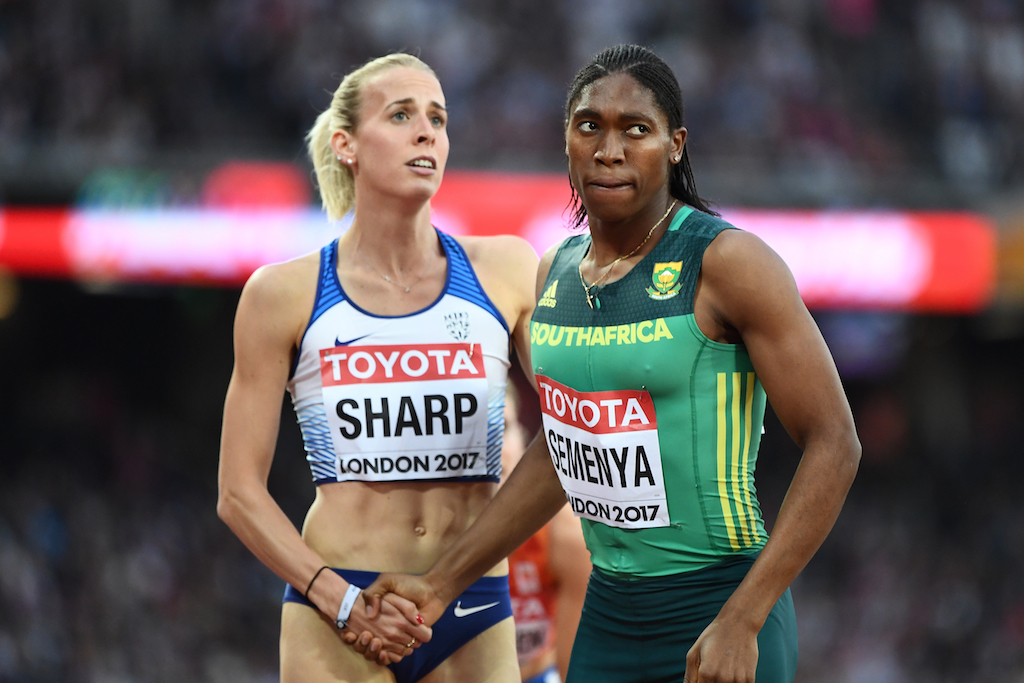 "I've had death threats. I've had threats against my family and that's not a position I want to be in," the 28-year-old told the BBC after finishing ninth behind winner Semenya in Friday's Diamond League 800m race in Doha.

"It's really unfortunate the way it's played out."

The victory was the 30th consecutive for double Olympic champion Semenya at the distance but the last before new International Association of Athletics Federations (IAAF) rules affecting the South African and other women with high natural levels of testosterone come into effect.

The Court of Arbitration for Sport (CAS) ruled on Wednesday the regulations were necessary for athletes with differences in sexual development (DSDs) to ensure fair competition.

In the future, Semenya and others with DSD must take medication to reduce their testosterone levels to under 5 nmol/L - double the normal female range of below 2 nmol/L - if they wish to continue competing in races between 400 metres and a mile.

But Semenya defiantly said "hell no" on Friday when asked if she would take medication.

Sharp, the 2012 European 800m champion, said it has been a difficult time for her and other runners dealing with the situation.

"By no means am I over the moon about this, it's just been a long 11 years for everyone," said Sharp, who once said Semenya was "light years ahead" of her competitors.

"I've known Caster since 2008, it's something I've been familiar with over the past 11 years.

"No-one benefits from this situation -- of course she doesn't benefit, but it's not me versus her, it's not us versus them."