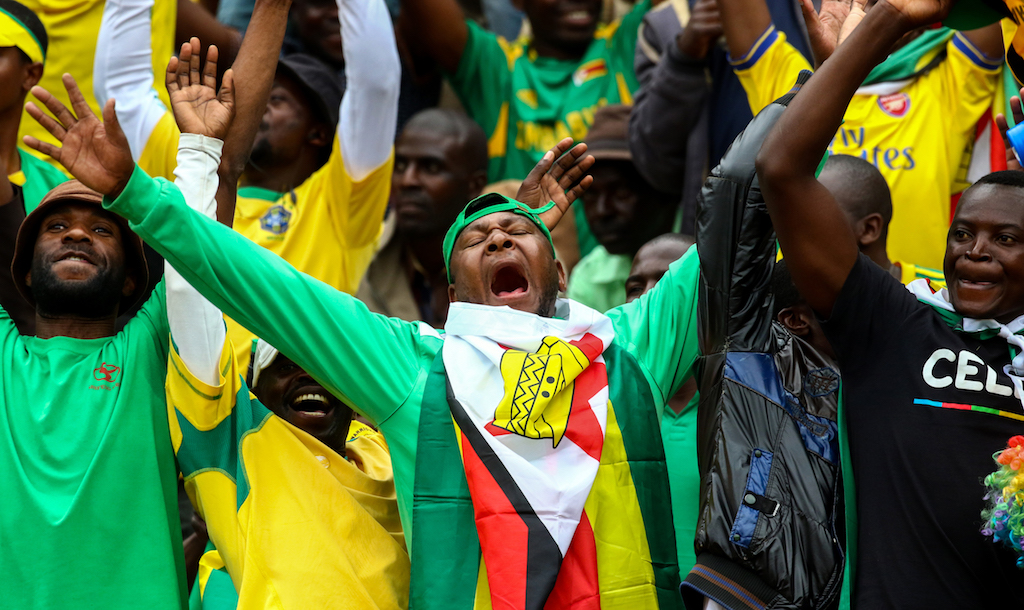 File: The Zimbabwe Football Association (ZIFA) confirmed on Tuesday that all three of their main stadia had failed inspection visits by CAF last November.

HARARE - Zimbabwe may have to find a 'home' away from home when they kick-off their World Cup qualifiers later in the year after being barred from hosting international matches by the Confederation of African Football (CAF).

The Zimbabwe Football Association (ZIFA) confirmed on Tuesday that all three of their main stadia -- Barbourfields in Bulawayo, Mandava in Zvishavane and the National Sports Stadium in Harare -- had failed inspection visits by CAF last November.

They are due to host Algeria in March in the Africa Cup of Nations qualifiers and finish that campaign at home to Zambia in September.

The World Cup qualifiers get under way in October, though the fixtures have yet to be released. Zimbabwe have been drawn in a pool with Ghana, South Africa and Ethiopia.

"Stadium authorities were notified of CAF’s position and the urgent nature of the situation at hand," ZIFA said in a statement.

"To date, neither of the three stadium authorities has requested us to invite CAF for another inspection, a position which CAF has said led to the decision to bar all three stadiums from hosting international matches."

ZIFA went on to plead for stakeholders including the government to provide funding to complete the work needed at the dilapidated venues.

"In this moment we urge all stakeholders to work for a common cause for us to quickly right this wrong which takes away our sovereignty.

"We have been using stadiums which do not meet CAF and FIFA standards for a while now, but we need to put our heads together as a country to ensure that our stadiums are renovated to meet required standards," it said.

"We are hopeful that everyone who has influence to expedite the process of bringing our teams back home will do their part."

ZIFA confirmed that it was exploring alternative venues in neighbouring countries.