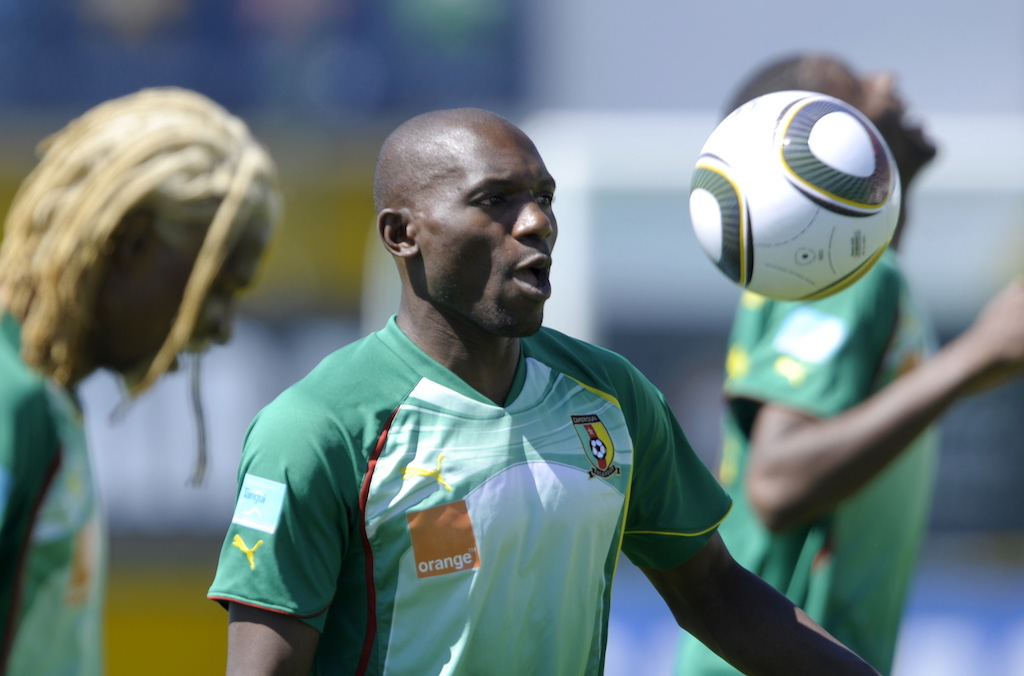 Geremi Njitap said African countries must not be allowed to stage Afcon qualifiers in Europe during the COVID-19 pandemic. AFP/Miguel Riopa

JOHANNESBURG - Cameroon football legend Geremi Njitap says African countries must not be allowed to stage Africa Cup of Nations qualifiers in Europe during the coronavirus pandemic.

There have been reports that Senegal and Guinea-Bissau were "discussing" moving back-to-back matches during November from Dakar and Bissau to Portugal.

Senegal had to postpone at the last minute this month a warm-up match when eight of the visiting Mauritania delegation tested positive for COVID-19.

"This is an African competition and there is no way matches can be played in Europe," said the former Real Madrid, Chelsea and Cameroon defender-cum-midfielder and FIFPro board member.

"Of course, staging qualifiers in Europe would be better for most of the players because that is where they are based.

"I have no objection to friendly internationals involving African countries being staged in Europe, but not Cup of Nations nor World Cup qualifiers.

"African football supporters will not accept that -- they want to cheer their heroes on even if the numbers at grounds may be severely limited by the pandemic."

FIFPro general secretary Jonas Baer-Hoffmann warned that health protocols "do not change one bit" whether matches are staged in Africa or Europe.

"It is very important to make clear that the responsibilities and obligations of federations in terms of health protocols do not change.

"During the international window this month, many footballers in Europe contracted the virus after being with national teams.

"Irrespective of whether matches are staged in Africa or Europe, federations need to do a better job than they did this month when providing health safeguards.

"Otherwise, there is a big risk of many positive cases which can impact on how Africa proceeds with qualifying for the Cup of Nations and World Cup."

There are 48 Cup of Nations qualifiers scheduled between November 9 and 17, including defending champions Algeria playing Zimbabwe at home and away.