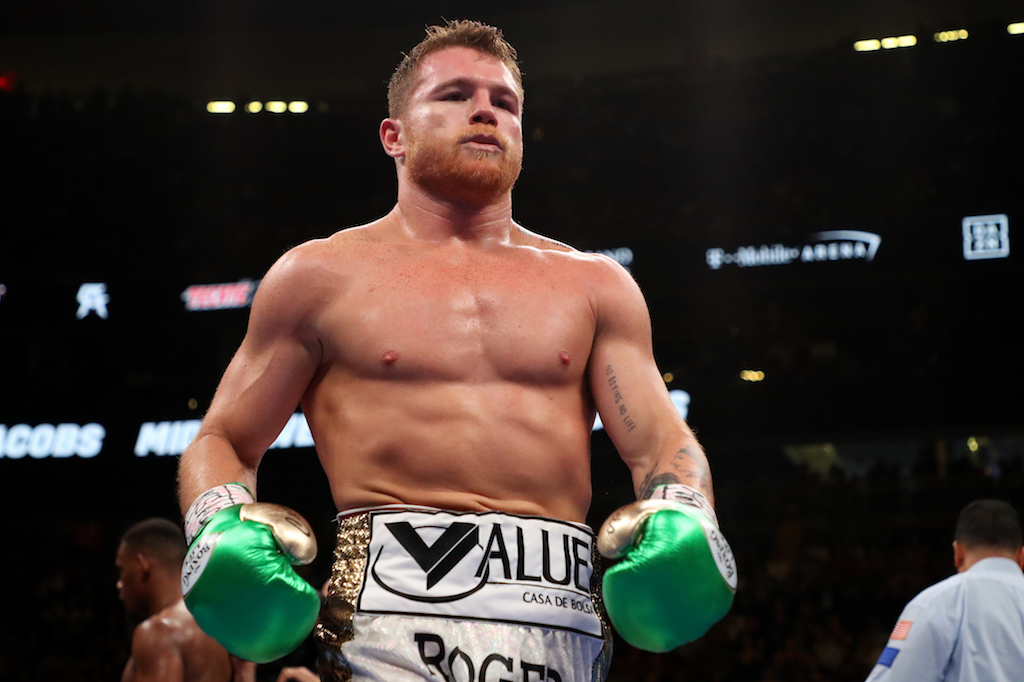 Canelo Alvarez walks to his corner during his middleweight unification fight against Daniel Jacobs at T-Mobile Arena on May 04, 2019 in Las Vegas, Nevada.

Alvarez, who also holds the World Boxing Association and World Boxing Council titles, has been forced to relinquish his IBF crown after negotiations for a fight with Ukraine's Sergiy Derevyanchenko fell through.

"We are extremely disappointed at the IBF for forcing the world's best fighter to relinquish his world title," said a furious De La Hoya, a multiple world champion belt holder himself before becoming a promoter.

"We offered his (Derevyanchenko's) team an unprecedented amount of money for a fighter of his limited stature and limited popularity, but the truth is that I'm now certain they never had any intention of making a deal," he said.

"But instead they wanted to force us to relinquish Canelo's belt. This is an insult to boxing and more importantly an insult to the boxing fans of the world."

READ: Pollsmoor inmates get second chance in life with boxing

Alvarez, who won the IBF belt in May after beating Daniel Jacobs in 12 rounds, had been expected to fight Derevyanchenko in October after recently electing to skip his traditional September fight date.

The Athletic reported on Friday that Derevyanchenko is now set to enter negotiations with former champion Gennadiy Golovkin for a potential fight for the now-vacant IBF belt.