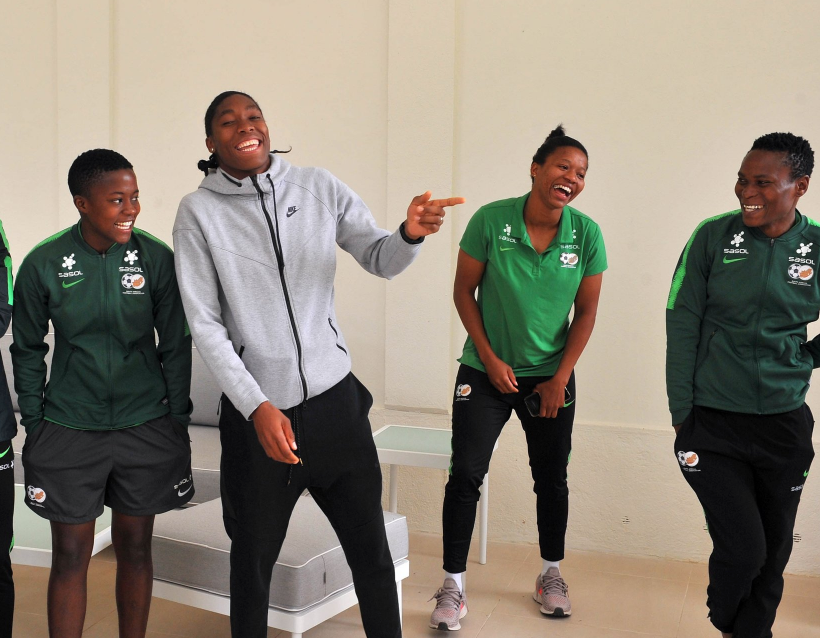 Caster Semenya visited the Banyana Banyana squad ahead during the recent World Cup tournament in France.

PARIS - Double 800 metres Olympic champion Caster Semenya hopes she can be an inspiration to the Banyana Banyana after paying a visit to their camp in Paris on Wednesday.

Semenya won a 2,000 metres event on the outskirts of Paris this week and dropped in on the squad ahead of their vital Group B clash against China at the Parc des Princes on Thursday.

"I thought I had to come here and be an inspiration," Semenya said. "I don’t think I had to say much, but just being here, my presence, means a lot...

This was just a token of appreciation from me to them to show that we are behind them each and every step. They must just be strong."

Semenya, an XY chromosome athlete with differences in sexual development (DSDs), is currently locked in a battle with the IAAF over rules that prevent her from running her preferred distance races unless she takes testosterone-suppressant medication.

Her stance has made her a hero to many in South Africa and striker Jermaine Seoposenwe believes Semenya’s time with the team did give them a lift.

It was a super cool experience, for me personally I think the struggles that she is going through currently is such an inspiration, the way she is fighting it," Seoposenwe said.

"I think we can take that fighting spirit she has portrayed in the media and for everyone to see, into the next match."