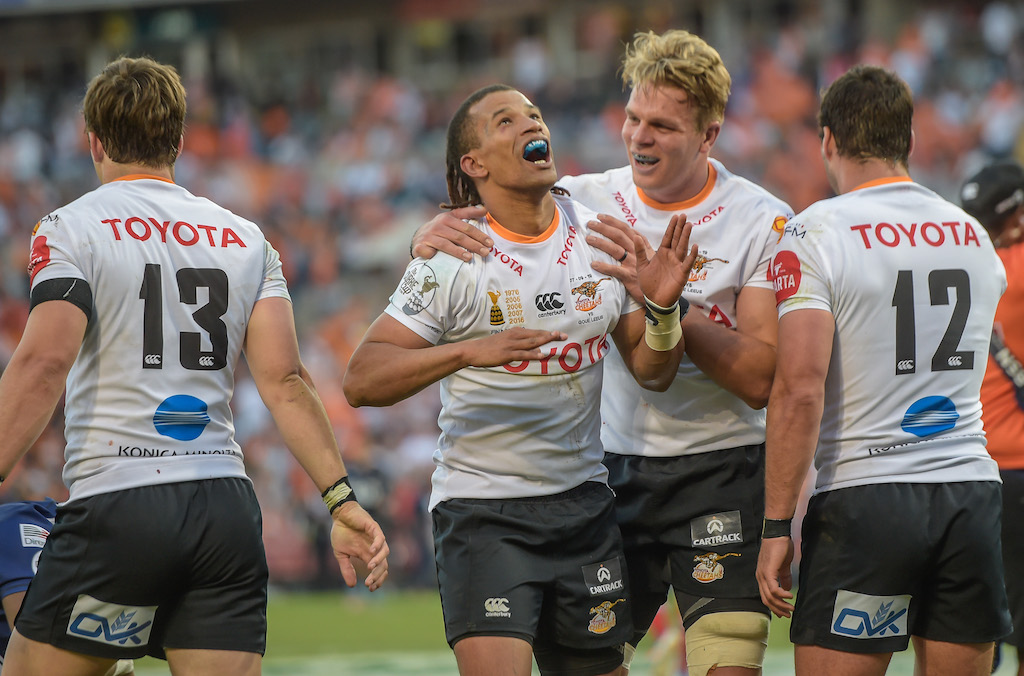 Clayton Blommetjies of the Free State Cheetahs celebrates with his team mates after scoring his try during the 2019 Currie Cup Rugby Final match between Toyota Free State Cheetahs and The Xerox Golden Lions at Toyota Stadium, Bloemfontein on 07 September 2019.

BLOEMFONTEIN - Free State Cheetahs scored four first-half tries but ended up having to hold on grimly for a 31-28 win at home to the Golden Lions in Saturday's Currie Cup final at the Free State Stadium.

It ensured only a sixth win in the 126-year history of South Africa's top domestic rugby competition for the Cheetahs, but it was their third in the last 12 years.

Joseph Dweba, William Small-Smith, Clayton Blommetjies and Walt Steenkamp all crossed over for tries in a high-intensity first half as both sides went at other each in a bruising physical contest.

Veteran scrumhalf Ruan Pienaar added a penalty and four conversions for a 31-7 lead at the break with Wandisile Simelane scoring a consolation try for the visitors from Johannesburg.

The brakes were applied to the scoring in the second half until the last 10 minutes while Lions' replacements Dillon Smit and James Venter both went over to reduce the home lead to 10 points.

The Lions swarmed all over the hosts in the final stages as they looked to force a remarkable comeback with Venter scoring again on the final whistle, leaving no more time to overhaul the three-point deficit.