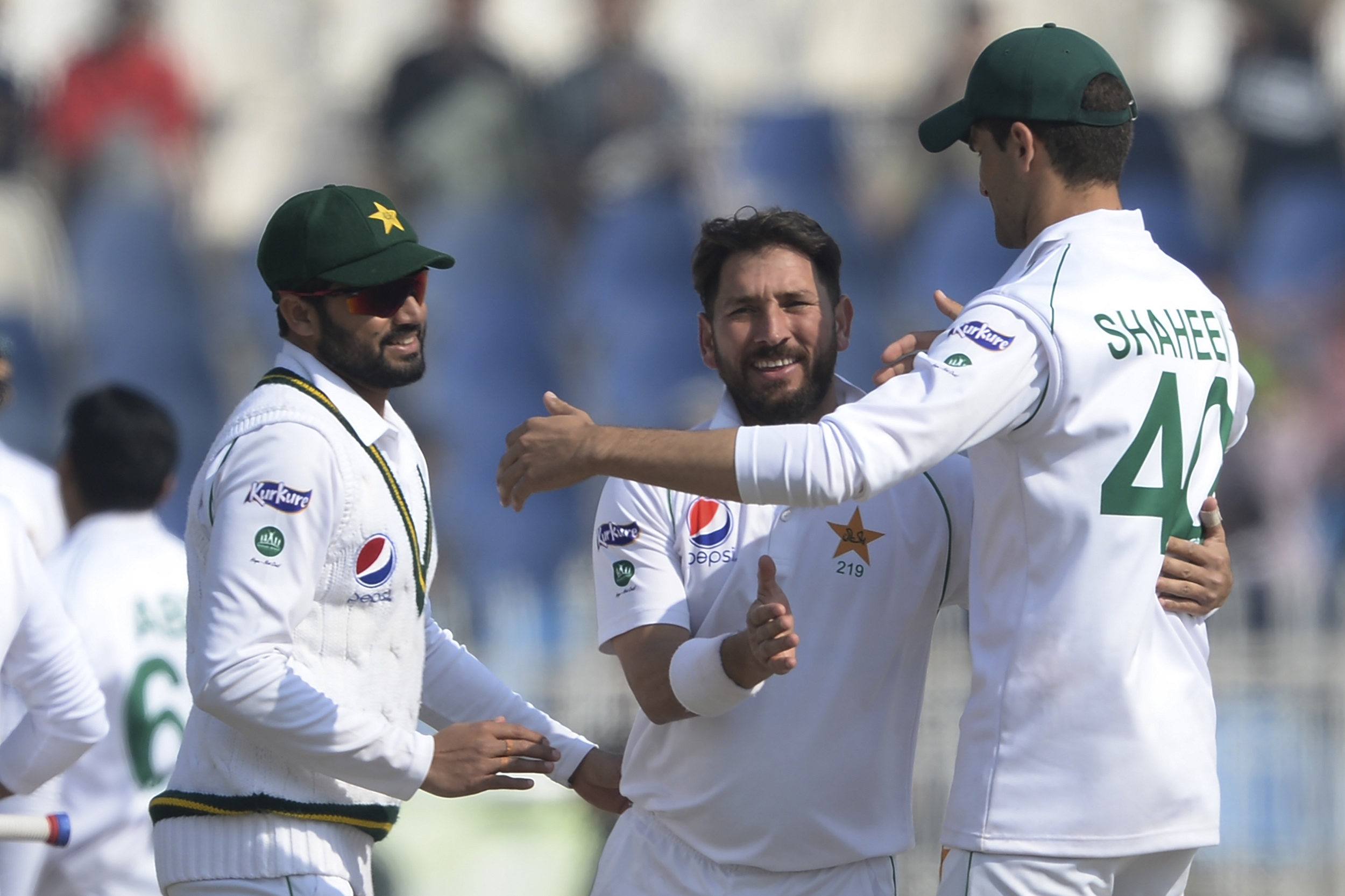 File: The tourists were looking forward to playing in what will be some of the first Test matches since the COVID-19 pandemic sparked a global lockdown.

LAHORE - The Pakistan cricket squad left for their England tour without 10 players who had tested positive for coronavirus.

Test skipper Azhar Ali said the tourists were looking forward to playing in what will be some of the first Test matches since the COVID-19 pandemic sparked a global lockdown.

"All the players are excited after a tough period," said Azhar on the eve of departure.

"Though a tour to England has always been challenging, our performances there on the last two tours (in 2016 and 2018) are encouraging and we will try to repeat those."

A chartered plane carried 20 squad members including two reserves, who were seen wearing masks and observing social distancing at Lahore airport in pictures released by the Pakistan Cricket Board.

The squad will face a two-week isolation period on arrival before continuing their preparations ahead of the first Test with two four-day warm-up matches.

The travelling party did not include 10 players who tested positive for the virus last week. Six later tested negative for the virus, but will players will be allowed to rejoin the squad once they have had two consecutive negative results.

Pakistan are due to play three Tests against England in August followed by three Twenty20 internationals.