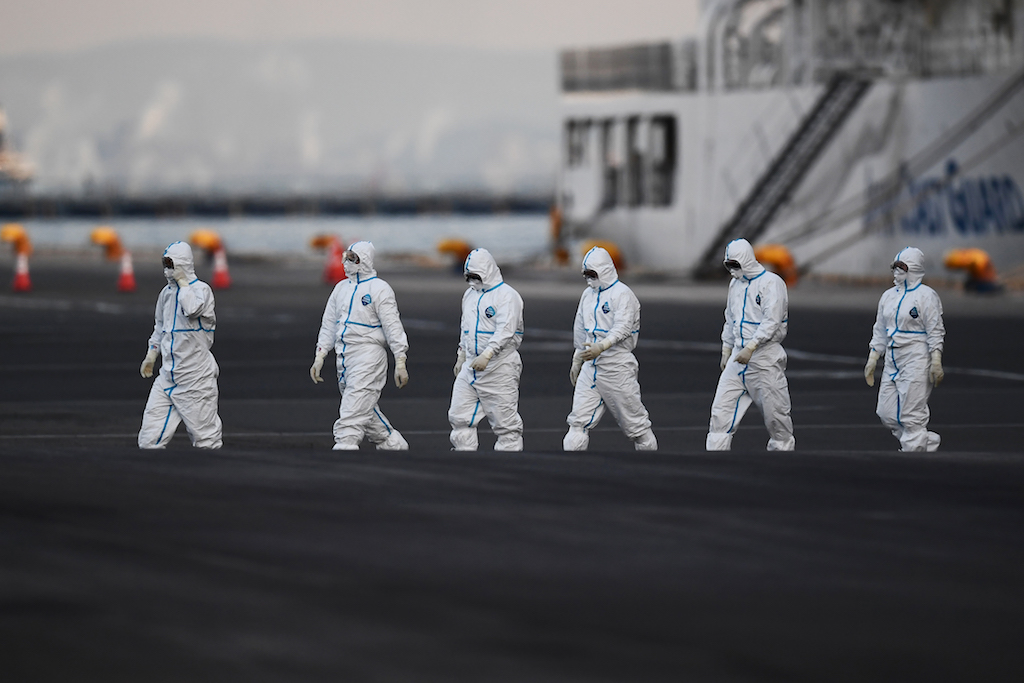 HONG KONG - The coronavirus has destroyed the Tokyo Olympic dreams of some Chinese athletes and disrupted the preparations of others, forcing them to miss tournaments and train in strict isolation -- sometimes in masks.

Games organisers are adamant that the outbreak, which is centred on the Chinese city of Wuhan and has killed more than 2,100 people, will not derail one of the biggest events in the sporting calendar.

But it is likely to compromise the performance of the Chinese team, which numbered 416 at the Rio 2016 Games and has been top three on the medals table at every Olympics this century.

There are no known cases among Chinese competitors, but the virus outbreak coincides with a critical stage in their build-up to the Olympics, which begin on July 24.

In one stark example, China's women's football team resorted to doing stretching exercises in the corridor of a Brisbane hotel after they were quarantined ahead of an Olympic qualifying tournament.

China hopes that rival countries will open their doors to its athletes to compete in qualifiers as some nations, including Australia, have issued strict restrictions on arrivals from China.

"There will be over 100 Olympic qualifying tournaments around the world between February and April," said Liu Guoyong, a vice-president of the Chinese Olympic Committee (COC), according to the Xinhua news agency.

"The IOC has asked various international sports federations to provide all possible assistance and convenience to Chinese athletes." 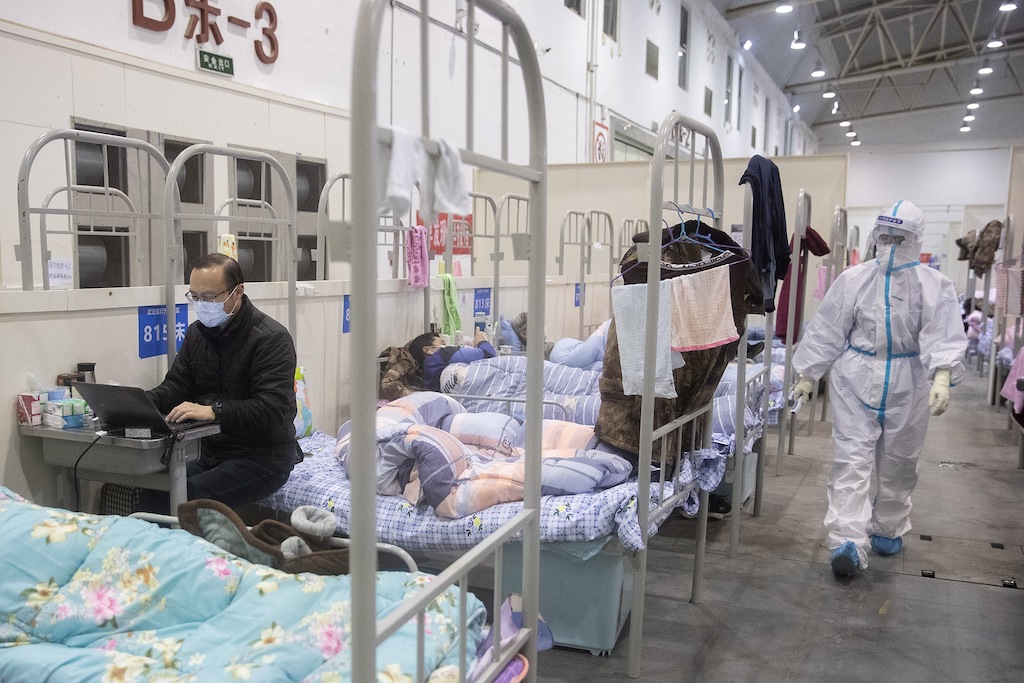 Despite their disrupted build-up and missing star player Wang Shuang -- who was not allowed to leave her home city of Wuhan, and was videoed training alone on a rooftop while wearing a mask -- China's women's football team managed two wins and a draw in Australia.

They will face South Korea over two legs for a spot in Tokyo, but the "home" match will need to take place abroad.

The Olympic qualifying tournament was moved from Wuhan at short notice because of the virus, which has obliterated China's sporting calendar and forced hundreds of millions of people indoors to stop it spreading.

The women's handball team's campaign ended when they withdrew from a qualifying tournament in Hungary next month, saying they could not organise training in the face of the deadly virus.

China were also forced out of a World Cup gymnastics meeting in Melbourne -- which offers qualifying points for Tokyo -- because of travel restrictions.

Olympic qualifying tournaments in boxing, basketball and sailing have all been moved out of China.

China topped the medals table when it hosted the 2008 Olympics, but fell to third, behind the United States and Britain, at Rio 2016.

Tokyo was supposed to be the Games when China -- spearheaded by decorated swimmer Sun Yang, who is awaiting a Court of Arbitration for Sport ruling over a missed drugs test -- strikes back. 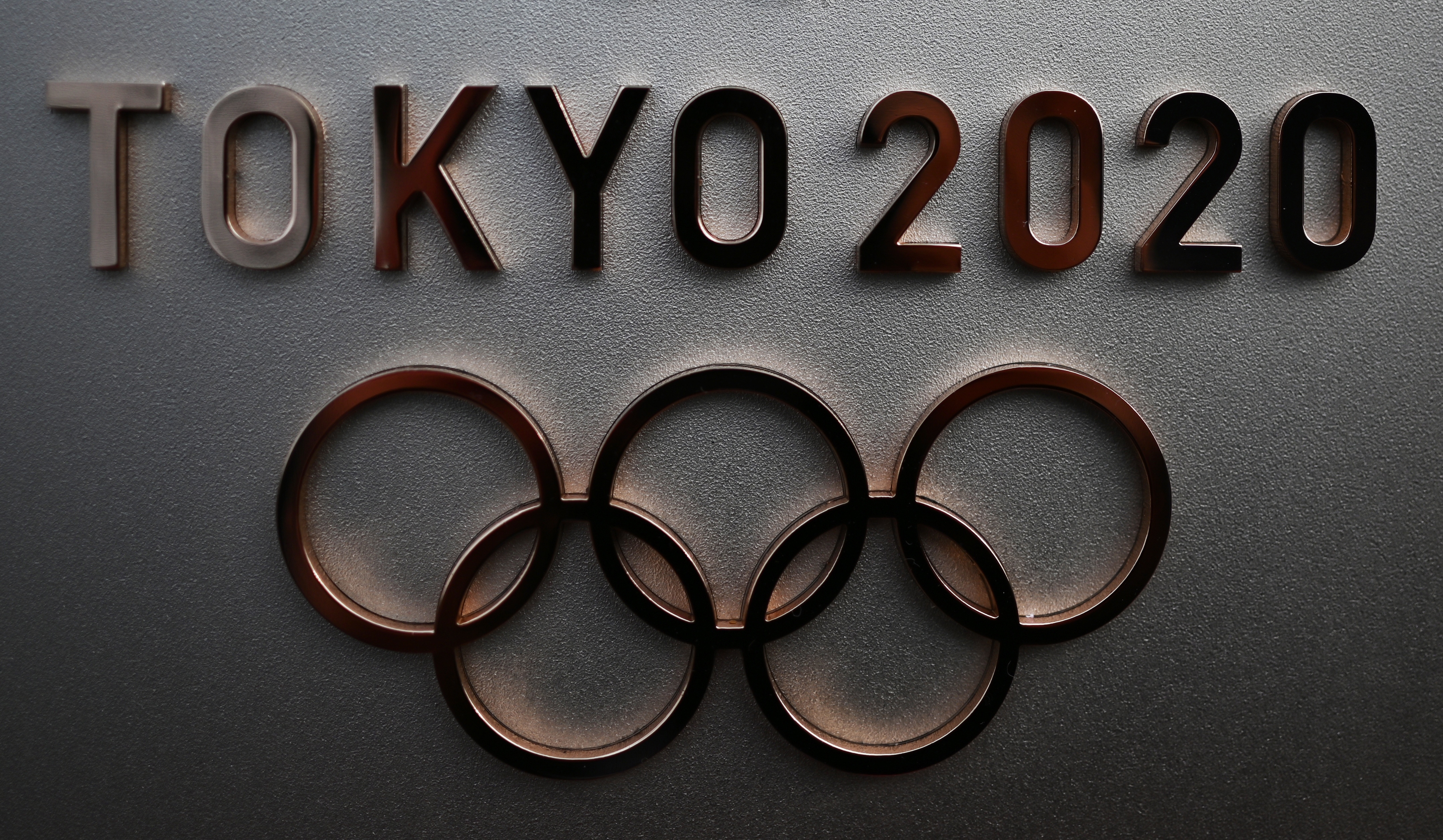 Liu, of China's Olympic committee, is confident that athletes will be able to prepare properly for Tokyo and state media has painted an image of them gamely ploughing on with their training routines.

But the all-powerful badminton and table tennis squads have decamped to Britain and Qatar respectively, while the judo team missed the Paris Grand Slam in a blow to their Olympic build-up.

China has ordered its teams at home and abroad to train behind closed doors to guard against the virus.

"Unless there is an emergency, nobody can come onto the base and nobody can get out," Cao Zhongrong, coach of China's modern pentathlon team, told local media by telephone.

The pentathletes have been holed up at a Beijing university but were to fly out to Egypt this week, and after that will continue their Olympic preparations in Europe.

The squad is not allowed to use an athletics track and field because they are outside the self-imposed exclusion area. They run on treadmills instead.

Team members have their temperatures checked repeatedly through the day and have to wear a mask while equestrian training.

"I treat this as a special training under hypoxic (deprived of oxygen) conditions in special times," Luo Shuai, who has already qualified for Tokyo, said.