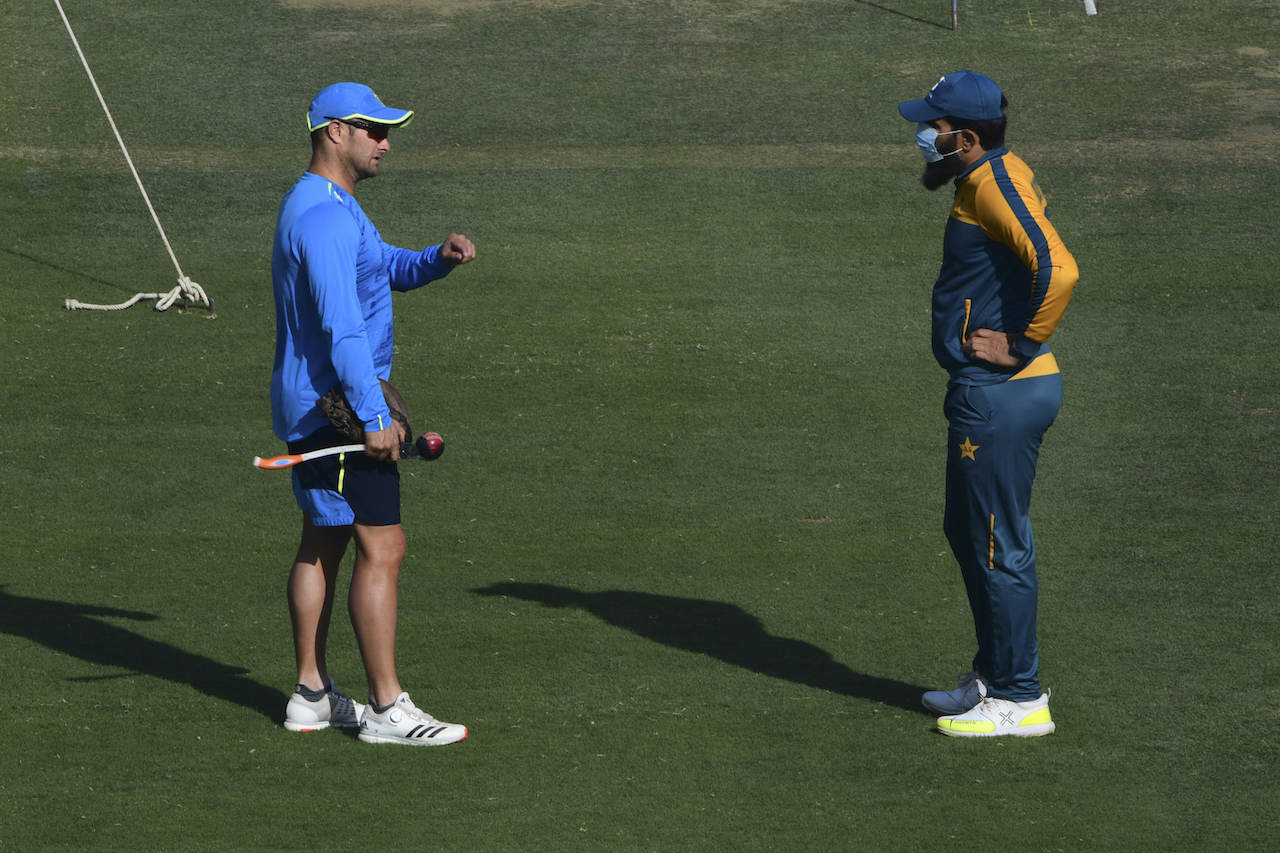 South Africa's coach Mark Boucher (L) speaks with Pakistan's coach Misbah-ul-Haq during their team's practice sessions at the National Stadium in Karachi On January 25, 2021, on the eve of their first cricket test match.

KARACHI - Coronavirus restrictions and thousands of security staff made for challenging conditions for South Africa on their tour of Pakistan, head coach Mark Boucher said Monday.

The team is on its first tour of the country in 14 years, after international cricket in Pakistan was suspended in the aftermath of terror attacks on the Sri Lankan side in 2009.

Pakistan has staged various limited-overs series in the last six years, but Test cricket was only revived in late 2019 - and under the sort of security normally reserved for visiting heads of state.

"It is challenging from a management perspective - especially when you are in a place like Pakistan where you can't get outside," Boucher told a virtual press conference.

A massive security detail made up of police and paramilitary personnel is guarding the team at their hotel and the stadium, forcing the squad to spend a lot of time in their rooms.

The first Test begins in Karachi on Tuesday, after the squad completed quarantine and returned negative Covid-19 tests.

"Personally, I don't think it's sustainable from a financial and just a headspace point of view for players, for staff, for management," Boucher said of the coronavirus restrictions.

"I think it's been necessary to get the game of cricket up and running. I think everyone understands that. But it doesn't make it easier."

Boucher, who toured Pakistan in a more relaxed atmosphere in 1997, 2003 and 2007, is a former South African wicketkeeper with a world record 555 dismissals behind the stumps in 147 Tests.

Most of the South African top players will return home after the second Test in Rawalpindi (February 4-8) to prepare for the Australia series, and a second-string will feature in the Twenty20 series.

The three Twenty20 internationals will be played on February 11, 13 and 14, all in Lahore.