COVID-19: Ronaldo flies back to Italy after positive test 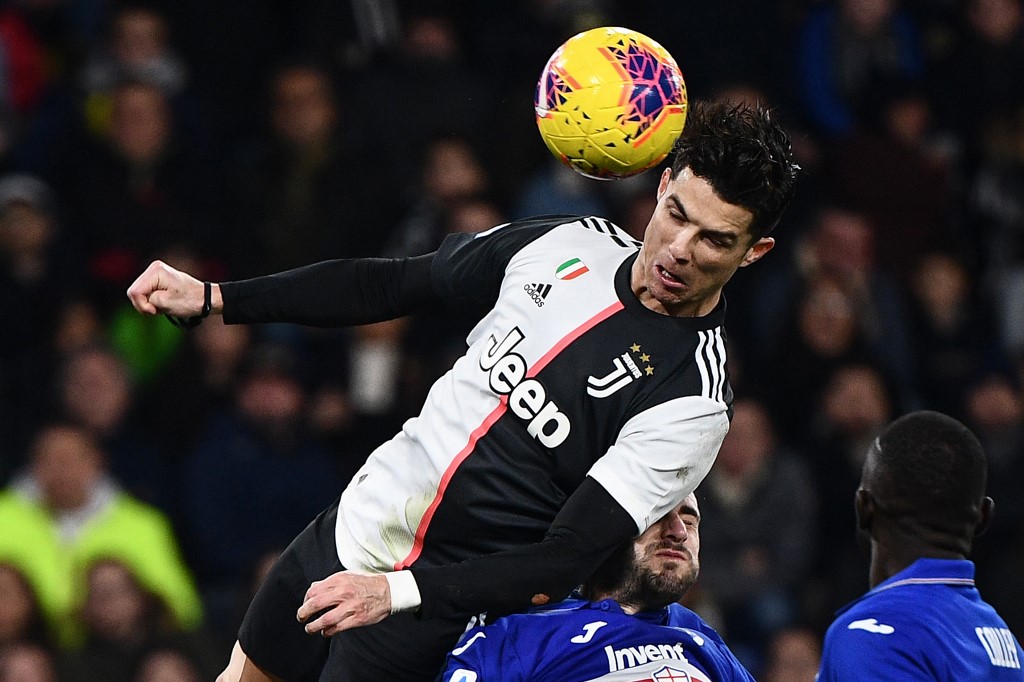 Juventus' Portuguese forward Cristiano Ronaldo scores a header during the Italian Serie A football match Sampdoria vs Juventus on December 18, 2019 at the Luigi-Ferraris stadium in Genoa.

LISBONNE - Cristiano Ronaldo, who has tested positive for Covid-19, left the Portuguese team camp near Lisbon on Wednesday to fly back to Northern Italy on his private jet, local media reported.

The Juventus player's jet took off in the afternoon from the Tires airfield, in the outskirts of Lisbon, according to images broadcast by CMTV.

The Portuguese Football Federation announced on Tuesday that Ronaldo tested positive for coronavirus on Monday, the day after Portugal drew 0-0 with France in Paris and would not be in the squad for Wednesday's UEFA Nations League match against Sweden in Lisbon.

The 35-year-old five-time Ballon d'Or winner was "asymptomatic" and had been placed in isolation after the positive test at the national team's training centre in Oeiras, a suburb of Lisbon.

Juventus defender Giorgio Chiellini said on Tuesday that he had spoken to Ronaldo.

"He's fine and was sunbathing, he'll be back when he's ready," Chiellini  said