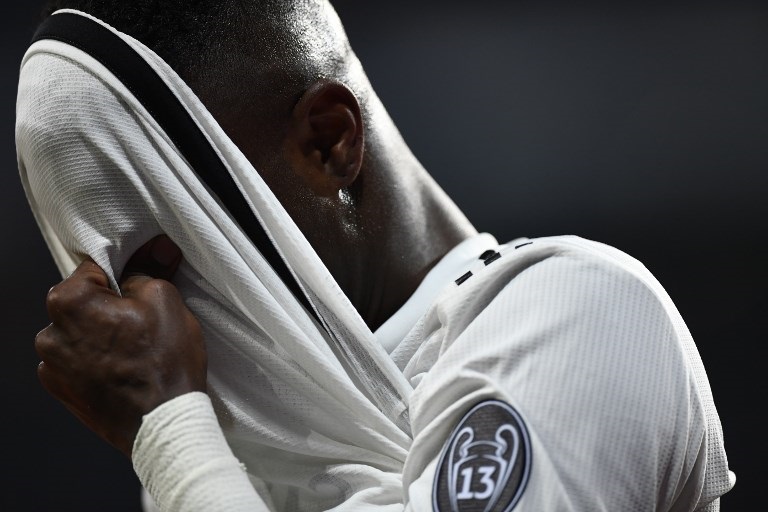 FILE: Real Madrid's Brazilian forward Vinicius Junior reacts as he walks off the pitch after getting injured during the UEFA Champions League round of 16 second leg football match between Real Madrid CF and Ajax.

MADRID, Spain - Professional football in Spain will remain suspended until further notice to limit the spread of coronavirus, La Liga and the Spanish Football Federation (RFEF) announced on Monday.

La Liga and the RFEF said matches in the top two divisions will only resume when the Spanish government decide there is no longer any health risk.

Fixtures had previously been suspended for two weeks from March 12 but there was no expectation they would restart this weekend, with the crisis continuing to escalate.

The total number of deaths due to coronavirus in Spain passed 2,000 on Sunday, making it the third worst-affected country in the world, behind only Italy and China.

The Spanish government declared a state of alarm on March 14 and intends to extend the lockdown imposed on the population until at least April 11.

A joint statement from La Liga and the RFEF read: "The Monitoring Commission established by the current RFEF-La Liga Coordination Agreement agrees the suspension of professional football competitions until the authorities of the Government of Spain and the General Administration of the State consider they can be resumed without creating any health risk."