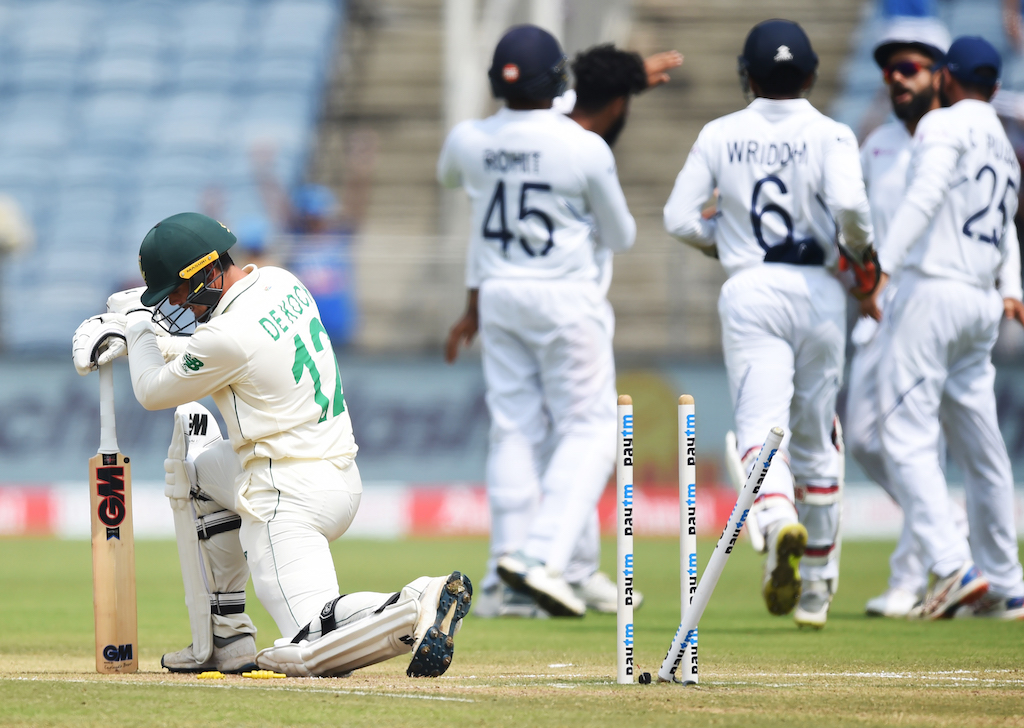 The Proteas, rebuilding after the retirement of several senior players, were outplayed in every aspect of both Tests so far.

JOHANNESBURG - South African cricket officials on Monday urged the country's supporters to be patient with their struggling Test side after two heavy defeats in India.

The Proteas, rebuilding after the retirement of several senior players, were outplayed in every aspect of both Tests so far.

India clinched the three-match series when they won the second Test in Pune by an innings and 137 runs on Sunday. It followed an equally punishing 203-run win in the first Test in Visakhapatnam.

"It was always going to be a difficult challenge taking on the top team in the world –- certainly under their own conditions –- at a time when we have introduced a new team structure," said Cricket South Africa chief executive Thabang Moroe.

CSA fired previous coach Ottis Gibson and the selection panel following a poor World Cup campaign earlier this year and introduced a new structure, to be headed by a team director who would be responsible for all team matters who would report to a director of cricket.

Enoch Nkwe, a former player with a modest first-class career and a single, successful season as a franchise coach, was appointed to the team director role in an interim capacity, while former international player Corrie van Zyl was appointed acting director of cricket and interim convener of selectors.

Moroe also pointed to the number of top players who played a big role in making South Africa one of the top sides in the world.

"In the past two years we have had to bid farewell to some of the great names of international cricket such as AB de Villiers, Hashim Amla, Morne Morkel and Dale Steyn who between them played nearly 450 Test matches for the Proteas," said Moroe.

"You don't replace that kind of experience overnight and we need to give a new generation time to settle."

Moroe said he was confident that a young South African team would reward their supporters with improved performances during a home series against England in December and January.