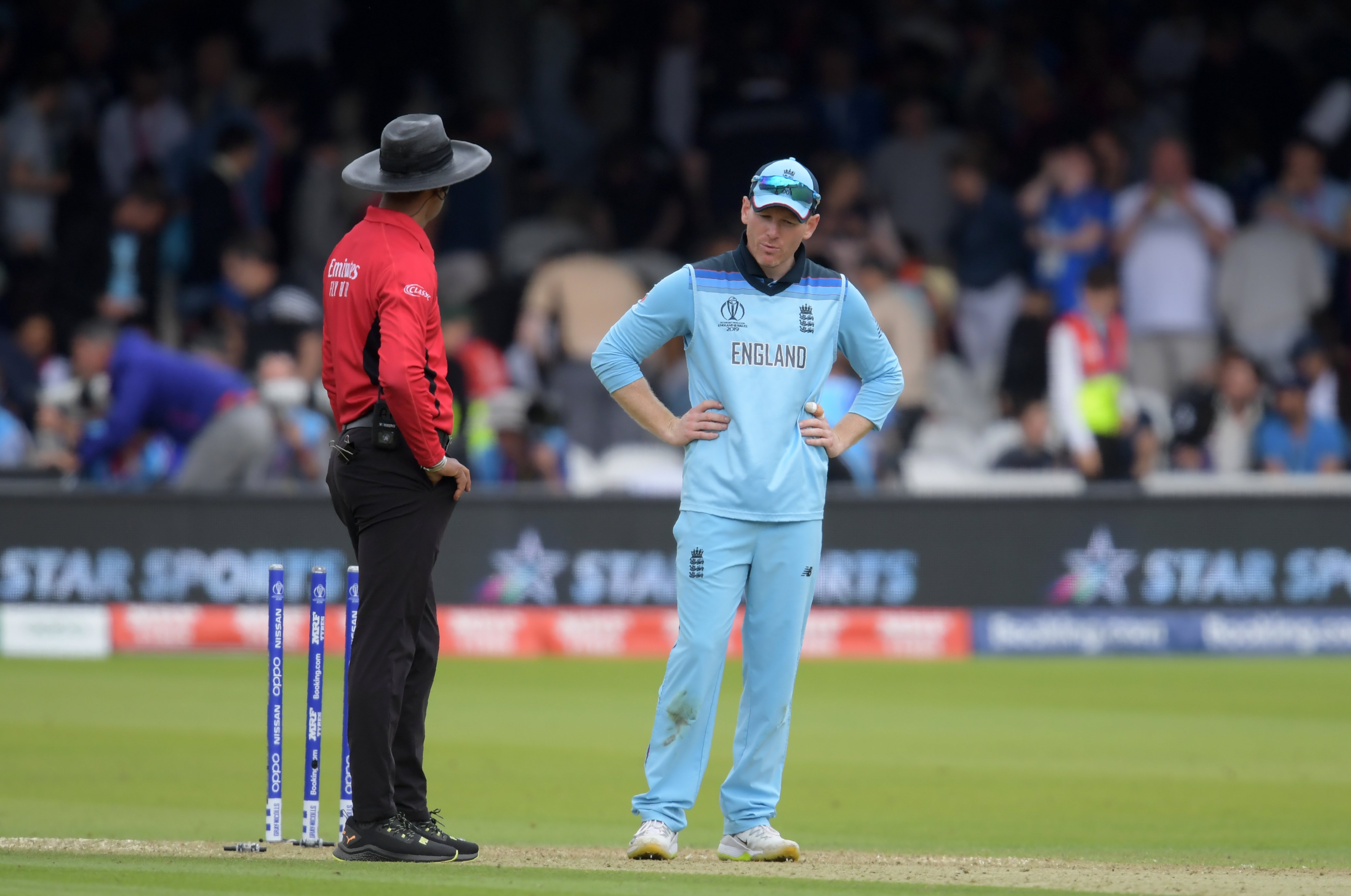 England's captain Eoin Morgan (R) speaks with umpire Kumar Dharmasena as he looks at the wicket after the New Zealand innings during the 2019 Cricket World Cup final between England and New Zealand at Lord's Cricket Ground in London on July 14, 2019.

COLOMBO, Sri Lanka - The umpire who awarded England six runs from a freak overthrow in the last over of the World Cup final has admitted he made an "error" and should have given one run fewer, a report said Sunday.

A throw to the stumps deflected off the bat of a diving Ben Stokes as he tried to complete a second run and raced to the boundary, with Sri Lankan umpire Kumar Dharmasena awarding six.

Three balls later the scores at 50 overs were tied as England reached 241 all out replying to New Zealand's 241-8.

Critics, including former leading umpire Simon Taufel, said England should have been awarded five runs, not six, as the batsmen had not crossed for the second run at the moment the ball was thrown.

Former Sri Lankan Test player Dharmasena told the Sunday Times he did not have the benefit of television replays which showed the batsmen had not crossed.

"I agree that there was an error of judgement when I see it on TV replays now," Dharmasena, who was umpiring the final with South Africa's Marais Erasmus, told the local Sunday Times.

"But we did not have the luxury of TV replays at the ground and I do not regret the decision I made."

Dharmasena said he signalled six after consulting the other match officials. "So, I did consult the leg umpire (Erasmus) through the communication system which is heard by all other umpires and the match referee," he told the newspaper.

"While they cannot check TV replays, they all confirmed that the batsmen have completed the second run. This is when I made my decision."

Taufel had told Fox Sports Australia the umpires made a "clear mistake" as the batsmen had not crossed for their second run.

But the Australian also defended the match umpires, who he said had to make a complicated judgement, and said it would be "unfair" to say the decision altered the outcome of the tournament as it was impossible to now what would have happened in the final balls had five been awarded.