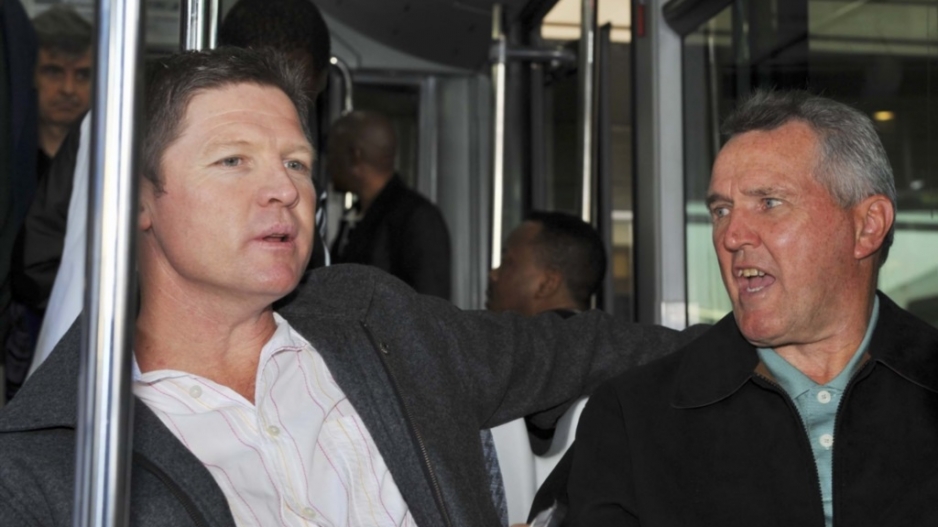 This 23 May 2008 photo shows Daryll Cullinan (L) and Terry Paine (P) in Mossel Bay South Africa. The former Proteas batsman came under fire for saying cricket is not inherently a black man's sport in South Africa in an interview with ESPN.

JOHANNESBURG - Former Proteas batsman, Daryll Cullinan caused controversy with comments he made in an interview with ESPN on subjects including transformation and his feelings about Hansie Cronje.

In answer to a question about the current state of cricket in South Africa, Cullinan said: "My issue around that is, it&39;s inherently not a black man&39;s game in the country. Soccer has been and is the most popular sport amongst our black youth*. There&39;s a demand for it. So I question where they are going ultimately with that because it&39;s got to be something that&39;s part of you, what you&39;ve grown up with. That you understand, that&39;s a passion. So maybe through these efforts we will get somewhere. Now you don&39;t find an (Makhaya) Ntini."

He went on to say that the children in townships have less access to cricket academies and clubs that develop them from a young age.

But commentators on social media took Cullinan&39;s comments as racist, showing a lack of understanding of transformation.

Someone needs to speak to Daryll Cullinan though. Like he doesn&39;t understand transformation or that he sounds racist AF

Preserving &39;white&39; privilege. The scourge of South Africa. Actually I feel sad for the likes of Darryl Cullinan... https://t.co/m8uzG4prla

Click on the above video for a response from Cricket South Africa president Dr Mtutuzeli Nyoka on Cullinan&39;s comments as well as CSA&39;s transformation efforts.