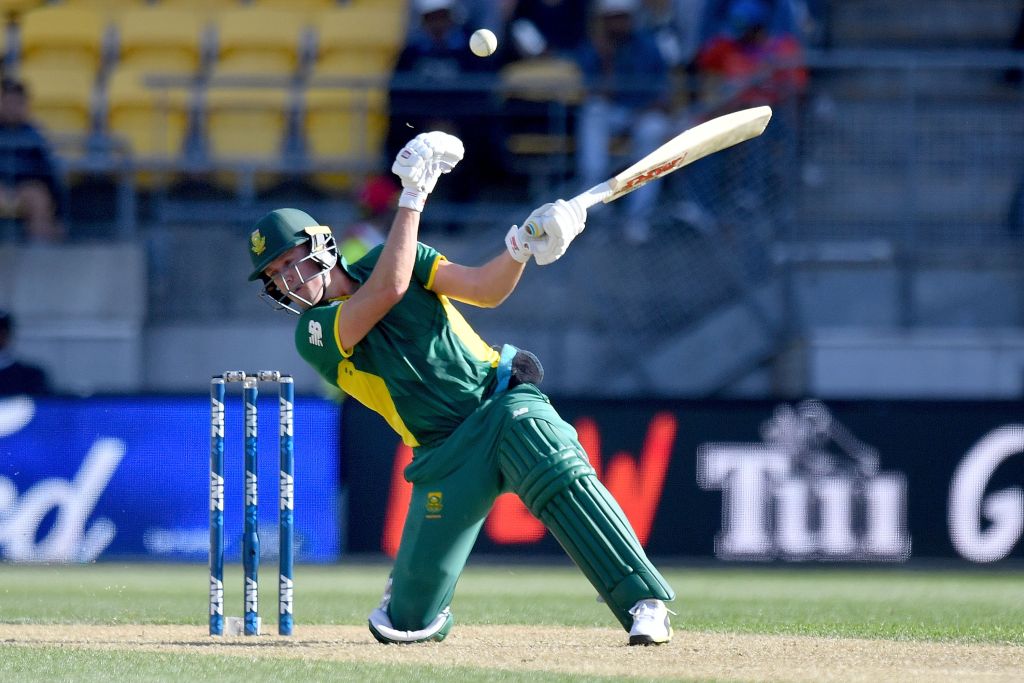 LONDON - The International Cricket Council (ICC) Champions Trophy, cricket’s biggest international showpiece outside the World Cup, is taking place in England and Wales from June 1 to 18, with each team having proven match-winners; SA’s renowned batsman AB De Villiers among them.

Starting with SA, showcasing inventiveness at his best, De Villiers is thought of as the premier one-day batsman in the world for a reason. With his innovative shot-making and athleticism, the Pretoria-born player has been the best middle-order batsman for his side and one of the top few in the world for the best part of the last decade.

With an excellent average of 54.28 and a strike rate of 100.16, De Villiers will be the key man for the Proteas, who he leads in this format. Ranked No. 1 in the ICC men’s ODI player rankings for batsmen, De Villiers has voiced his desperation to win a major ODI trophy for South Africa, a target he will be keen to achieve at the ICC Champions Trophy 2017.

SA has never won the world cup and has only one major title to its credit since the country was readmitted to world cricket in 1991 – the inaugural Champions Trophy in 1998 (known then as the ICC Knock-out Tournament).

Moving onto India, captain Virat Kohli has become a prolific and consistent run-scorer over the last decade, batting in the middle order. Having taken India to a number one ranking in Test cricket, this will be Kohli’s first major test as a leader in a global tournament.

Kohli has a batting average of 53.11 and a strike rate of 90.76. Kohli, currently No. 3 on the ICC men’s ODI player rankings for batsmen, is, without doubt, India’s biggest name, and the team will depend on him to a great extent, as it prepares to defend the title it won in 2013.

Current world cup champions in this format and twice winners of the Champions Trophy, Australia have David Warner heading up their challenge.

Warner is currently placed at No. 2 on the ICC men’s ODI player rankings for batsmen, above Kohli and behind de Villiers. Bursting into the cricket scene as a Twenty20 specialist, Warner has since then gone on to cement his place at the top of the order in all three formats for Australia. Averaging 44.84 in ODIs with a strike rate of 96.85, Warner will once again be relied upon to get Australia off to big starts.

Ben Stokes of England is his country’s best all-rounder in all three formats. The aggressive and talented Stokes has a strike rate of 98.49 with the bat and a bowling average of 34.46.

His ability to switch gears effortlessly with the bat and wicket-taking skills with the ball make him an asset, and Eoin Morgan will look at him to make telling contributions at crucial times.

Sri Lanka’s Lasith Malinga is fast and accurate and has been the premier T20 bowler in the world for a few seasons, but injuries have restricted his appearances in other formats.

He is fit for the upcoming tournament, the slinging action that has given him remarkable numbers still distinguishing him from other pace bowlers. Both he and his teammates will hope he stays fit and the toe-crushing, swinging and dipping yorkers are in good enough shape to add to the 291 wickets he has picked up over the years at an average of 27.77.

Unnervingly accurate as a death bowler, he has the ability to devastate the opposition in a number of balls. An example was in the 2007 World Cup in the Caribbean when he reduced SA from 206/5 to 207/9 in four consecutive balls, a feat yet to be bettered by an international bowler.

Kane Williamson of New Zealand is a top-order batsman who averages 45.90 in ODIs with a strike rate of 83.78. Known for his crisp stroke-play and the ability to anchor the innings with big scores, Williamson was the natural successor to Brendon McCullum as captain of New Zealand.

He is one of few batsmen, who are as adept at playing spin as in dealing with pace. Williamson is also an outstanding fielder and a part-time off-spinner, who can slip in some quick overs when the team needs him to.

Bangladesh’s Shakib Al Hasan is one of the best all-rounders in the world and is unfazed by the big occasion. Averaging 34.96 with the bat and 28.54 with the ball, Shakib is by far the brightest talent in an ambitious Bangladesh side, and Mashrafe Mortaza is sure to call on him.

Finally, Pakistan’s Shoaib Malik is the most experienced player in his side, having made his ICC Champions Trophy debut in the Sri Lanka-hosted event in 2002.

The middle-order batsman, 35, has scored 326 runs and taken 10 wickets in 15 appearances in the tournament over the years. He hasn’t bowled much recently, but with an average of 35.50 and a strike rate of 81.65 with the bat over 247 career matches, he remains as valuable as ever to Pakistan – the perfect man to rebuild in a crisis, consolidate from a good situation, or deliver the clinching runs at the death.