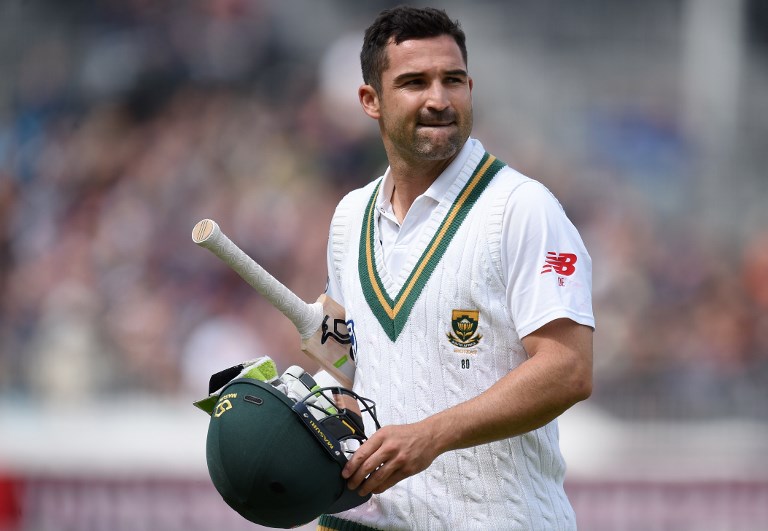 South Africa's Dean Elgar walks back to the pavilion after losing his wicket for one run on day 4 of the fourth Test match between England and South Africa at Old Trafford cricket ground in Manchester on August 7, 2017.

CAPE TOWN - South African opening batsman Dean Elgar equalled a world record when he carried his bat through a completed innings for the third time as his team were bowled out for 311 on the second day of the third Test against Australia on Friday.

Elgar finished unbeaten on 141, only Desmond Haynes of the West Indies had previously batted unbeaten through a Test innings on three occasions.

Australian captain Steve Smith also equalled a world record when he caught South Africa&39;s last two batsmen for a total of five catches in the innings, the joint most by a fielder.

Although ten other fielders shared the record, Smith was only the second Australian to achieve the feat after Vic Richardson in 1935/36.

Elgar and Kagiso Rabada frustrated the Australians for 50 minutes as they took South Africa&39;s overnight total from 266 for eight. They shared a partnership of 50 before off-spinner Nathan Lyon had Rabada caught by Smith at slip off his first ball of he day.

The four-Test series, which has been punctuated by disciplinary issues, is tied at 1-1.

Dean Elgar has stood firm and is currently 91 not out as the Proteas end the middle session on 185/2. pic.twitter.com/OpDHHjtVYs