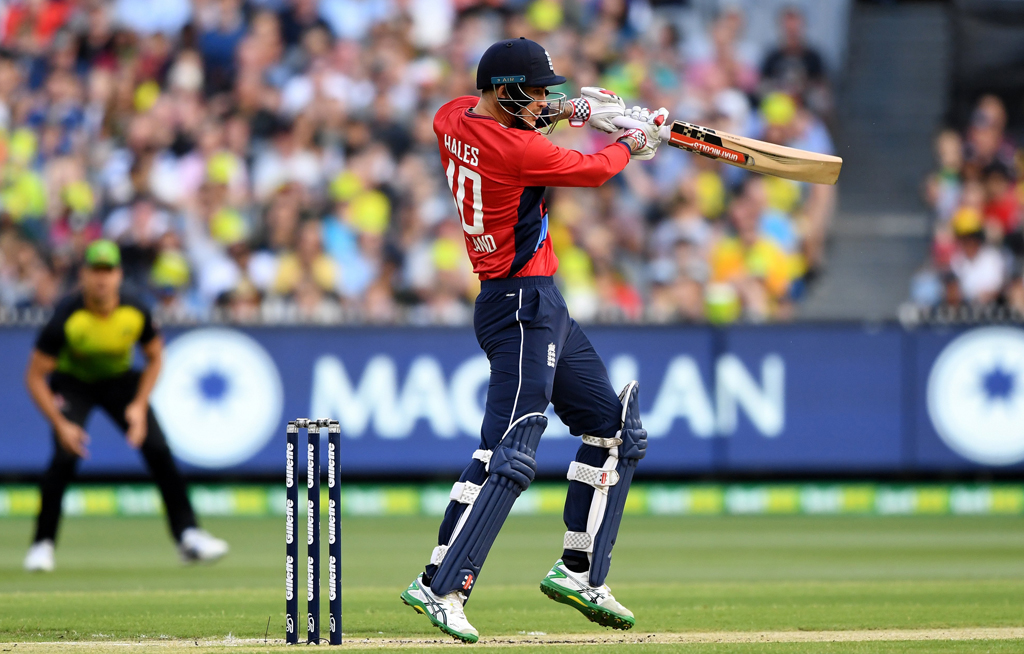 Alex Hales of England strikes the ball during the third Twenty20 (T20) International Series match between Australia and England at the MCG in Melbourne, Australia, 10 February 2018.

NOTTINGHAM - England batsman Alex Hales will miss all three matches in a one-day international series with India, the England and Wales Cricket Board announced Thursday.

Prior to Thursday&39;s first ODI at Trent Bridge, home ground of Hales&39;s county team Nottinghamshire, the ECB said the opening batsman had been left out of that match because of a side injury suffered when batting during net practice on Wednesday.

But, at that stage, they said Hales, now something of a white-ball specialist, would be "monitored" on a game by game basis.

However, after India&39;s thumping eight-wicket win that put the tourists 1-0 up in a three-match series, a team spokesman confirmed the 29-year-old Hales would miss Saturday&39;s match at Lord&39;s and Tuesday&39;s finale at Headingley.

"Alex Hales has a torn left side strain, he will be out for three to four weeks and misses the rest of the series," said the spokesman.

England have retained David Malan, who did not play at Trent Bridge after being called up as cover for Hales, for the second ODI at the Middlesex batsman&39;s Lord&39;s home ground.

Hales averaged 48 as England lost their Twenty20 series against India 2-1.