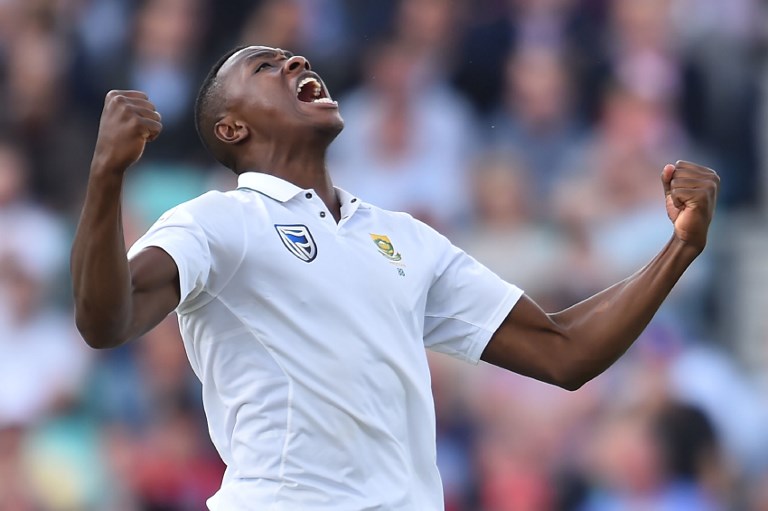 South Africa's Kagiso Rabada celebrates bowling out England's Dawid Malan for one on the first day of the third Test match between England and South Africa at The Oval cricket ground in London on July 27, 2017.

JOHANNESBURG - Kagiso Rabada, the world&39;s number one Test bowler, will miss the Indian Premier League season due to a back injury, Cricket South Africa said on Thursday.

He had been contracted to the Delhi Daredevils for the annual Twenty20 league, which begins this weekend.

The national cricket body said Rabada had been ruled out of action for three months with what it described as a "lower back stress reaction".

Rabada was man of the series in South Africa&39;s 3-1 Test series win over Australia despite struggling with stiffness of the lower back during the fourth Test, which ended in Johannesburg on Tuesday.

Just in: Kagiso Rabada out for three months with a back injury, will miss IPL2018 pic.twitter.com/uq8AqaiFYd

He was unable to bowl at his top pace during the latter stages of Australia&39;s first innings and only bowled eight overs in the second innings.

Scans after the match revealed the injury.

"He will need a month&39;s break from all physical activity before commencing with a rehabilitation programme," said team manager Dr Mohammed Moosajee said:

Moosajee said the aim was to get Rabada ready for South Africa&39;s three-format tour of Sri Lanka in July.

Rabada, 22, has had a remarkable rise to the top of world cricket, but there has been concern about his heavy workload.