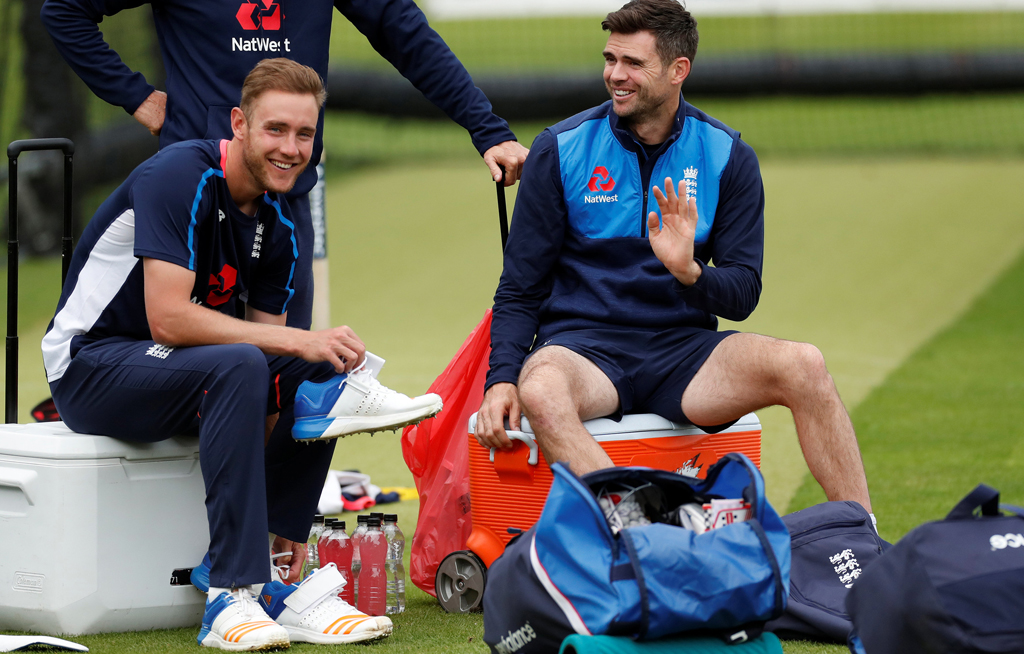 LONDON - James Anderson's Test career is set to come full circle when he faces the West Indies in the third Test at Lord's this week needing just three more scalps to become the first England bowler to take 500 Test wickets.

James Anderson "trying not to think" about 500 wicket milestonehttps://t.co/YxW8bxS9aL pic.twitter.com/oXzWoaa9jy

It was at the 'home of cricket' where the 35-year-old Lancashire paceman made his Test debut against Zimbabwe back in 2003 -- a match where he took five wickets in the first innings.

Anderson's greatest skill has been an ability to swing the ball late, a quality that has made him highly effective in English conditions, especially at a 'swing-friendly' Trent Bridge in Nottingham.

But no one takes 497 wickets in 128 Tests simply by starring on home soil alone and Anderson's career has featured many memorable away successes -- notably when he led England's attack during their 2010/11 Ashes triumph in Australia.

Burnley-born Anderson had played just three one-day games for Lancashire when he was called into England's limited overs squad in Australia as cover for Andy Caddick in 2002/03.

He impressed to such an extent he forced his way into England's squad for the 2003 World Cup in southern Africa.

Then came his Test debut. Yet within a couple of years, Anderson had been relegated to the role of a 'net bowler' with England, delivering countless balls at cones in practice sessions.

His unusual action, in which Anderson appeared to dip his head at the moment of delivery rather than having eyes firmly fixed on the batsmen, raised eyebrows and he played no part in England's 2005 Ashes success that saw them end a 19-year wait for a Test series win over Australia.

A long-feared stress fracture sidelined him for most of 2006 but come the end of 2007, with the 2005 attack all sidelined, Anderson was the leader of England's bowling unit.

It is a position he has occupied ever since.

A bright dyed streak in his hair early in his career belied the fact that Anderson was then an almost painfully shy and even slightly retiring figure.

Indeed Anderson once said he had to force himself to become increasingly confrontational -- a process he likened to being "Jimmy on the field and James off it".

Numerous statistical landmarks have come his way, with Anderson passing Ian Botham's previous England record of 383 Test wickets in the Caribbean in 2015.

Now the reliable close-catcher and often dogged tailender is on the brink of becoming just the sixth bowler and only the third paceman, after West Indies' Courtney Walsh and Australia's Glenn McGrath, to take 500 Test wickets.

But having gone wicketless in the second innings of England's surprise defeat by the West Indies in the second Test at Headingley -- a result that left the three-match series all square at 1-1 -- Anderson was philosophical about his chances of joining the '500 club' at Lord's.

"So if it's meant to be this week then it will happen -- as long as we get the win I'm not too fussed."