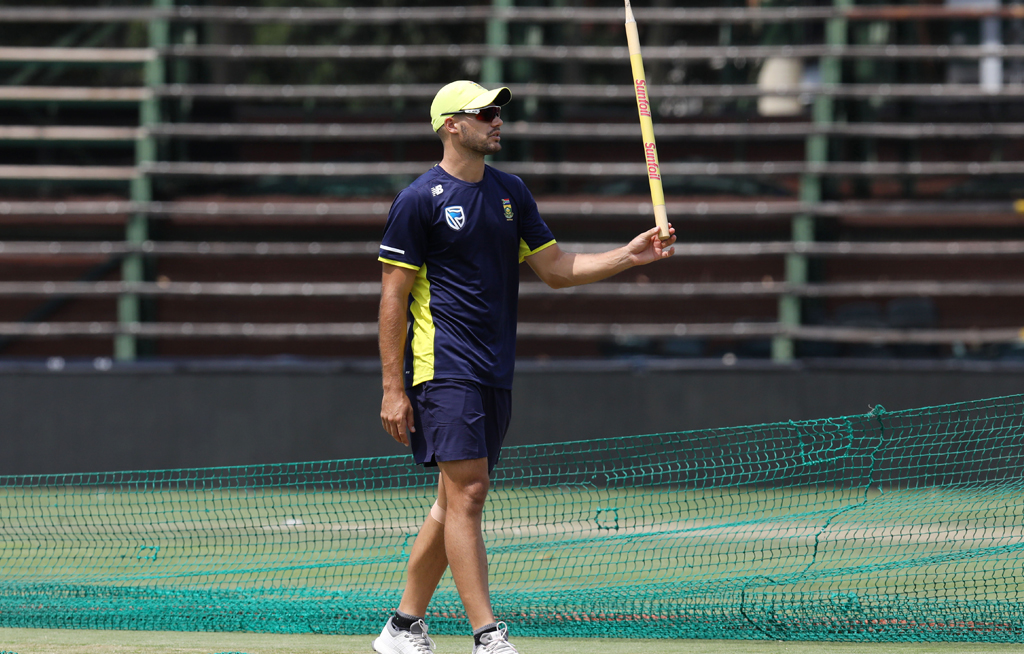 JOHANNESBURG – Standard Bank Proteas opening batsman, Aiden Markram, has been passed fit for selection for the third Sunfoil Test match against India starting at the Bidvest Wanderers Stadium on Wednesday.

Markram injured his left quadricep during the 135-run win in the second match at Centurion and was unable to field during India’s second innings.

The last time Pakistan and South Africa met at U19CWC it was the 2014 final, where a Proteas U19s side starring @KagisoRabada25 and Aiden Markram claimed victory over a Pakistan side featuring @samiaslam999 and @imamulhaq12! -------- PAKvSA pic.twitter.com/kzIn6w1tsn

The return of the opener brings welcome stability to the top of the order, as the selectors are once again faced with a selection conundrum for the Wanderers green-top. Captain, Faf du Plessis, says they will be keeping their ‘options open’ – including the possibility of an all-pace attack – as the Proteas look to seal a 3-0 series victory.

“We were pleased with our victory at Centurion, those weren’t typical South African conditions,” he said to the media in Johannesburg on the eve of the match. “ We move to the Wanderers which looks more like the conditions we are used to. Once again we haven’t asked for conditions that are over the top, just for good pace and bounce, it looks like we will get that.

Virat Kohli consoles Aiden Markram after he missed out on his century by 6 runs. SpiritofCricket SAvIND pic.twitter.com/30KXgYdMI9

“ It is something we are speaking about in our selections,” he said of an all-pace attack. “ It is an option, it was an option in Centurion because the ball doesn’t spin there regularly, even though we found it was the opposite. We have to make sure we keep our options open and see what the pitch looks like tomorrow morning. Keshav (Maharaj) is an extremely talented spin bowler and we are very lucky to have him if we do think of leaving him out we have to be 100% sure.”

Aiden Markram narrowly missed out on a ton in Centurion but was all praise for the Indian skipper Virat Kohli for his soothing words. SAvIND https://t.co/w7dqjrMHF6 pic.twitter.com/tXEt9P0ei6

India has yet to lose a match at the “Bullring” -winning one and drawing three - a record the Proteas are optimistic about breaking. The last match between the two nations in 2013 went down to the final over on day five, with the Proteas batting out the day to pull off a valiant draw, eight runs shy of a record 458 runs for victory.

“ They have played some good cricket here,” Du Plessis said. “ I remember the last Test we played here was a fantastic Test match. Their bowling is good, they have come here with a good seam attack and if you have that you will be able to compete. We also have a fantastic seam attack so it will be the battle between the bowlers. For me, the pressure is on making sure we can keep their batsmen under pressure. It has been a quiet series for most of them, and if we can keep doing that we will be able to change that record.

“India will come back with a point to prove,” he admitted. “ They are a proud team and wouldn’t want to lose 3-0, we are expecting a good challenge from them. For us as a team, it is simple, we want to continue doing the things we have been doing throughout the series.”

Chris Morris is on paternity leave awaiting the birth of his first child and will not be part of the squad for this match.