Match-fixing under the spotlight at World Twenty20 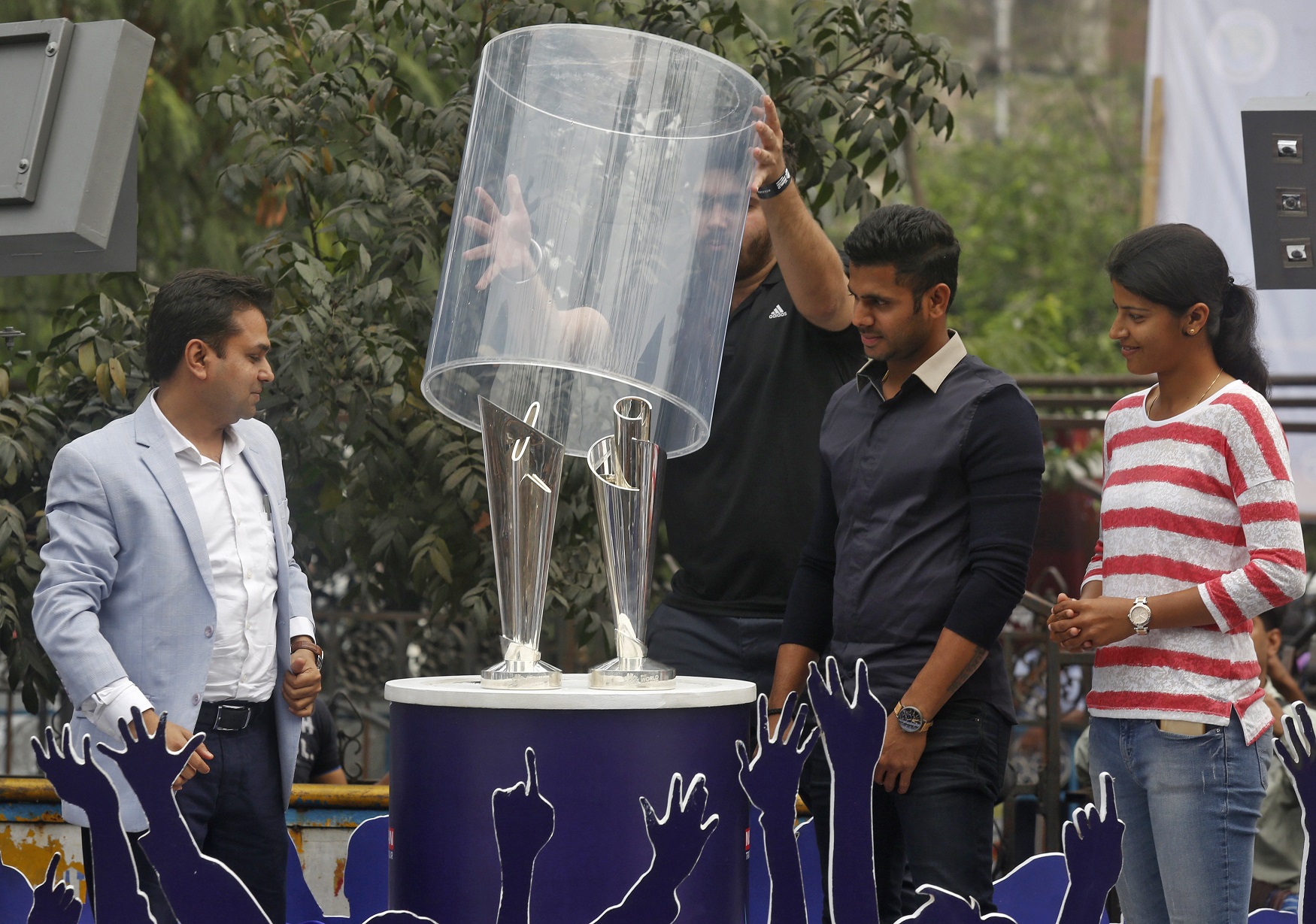 A cricket fan removes a glass cover displaying the men's and women's World Twenty20 trophies after they arrived in Kolkata, India, February 24, 2016.

MUMBAI - Fans at stadiums and guests at team hotels are under surveillance at the World Twenty20 as cricket tries to eradicate the scourge of match-fixing, according to the game’s top anti-corruption troubleshooter.

Ronnie Flanagan, head of the International Cricket Council&39;s Anti-Corruption Unit (ACU), told AFP that his team was leaving no stone unturned during the tournament in India which runs until April 3.

"We conduct recces (reconnaissance) of the hotels where the players are going to stay. We stay at the same hotel and we conduct vigilance in terms of all those who try to seek access to the players," he told AFP.

The ICC&39;s ACU has long been accused of being a paper tiger, focused mainly on educating players against corruption but doing little actual intervention.

Flanagan, formerly one of Britain&39;s most senior police officers, said the body was increasing monitoring as the rise of short-form cricket provides more opportunities for corruption.

"I think we now know what we have to contend with and we are increase our resources accordingly in terms of the level of vigilance that we must maintain to thwart the activities of those who would seek to exploit the growth of cricket for their evil means," he explained.

That includes scouring team hotels and match venues, including supporters&39; sections and restricted players&39; areas, for signs of anyone who appears on the ACU&39;s database of suspected corrupters.

Hotels have been the setting for some of cricket&39;s biggest scandals.

The late Hansie Cronje made an offer to three team-mates in an Indian hotel room during cricket&39;s most sensational scandal in 2000, which led to the ACU&39;s creation.

Cronje, South Africa captain at the time, was banned for life before dying in a plane crash two years later.

In 2010, a spot-fixing scandal at Lord&39;s led to the imprisonment of Pakistani players Salman Butt, Mohammad Amir and Mohammad Asif.

An undercover journalist posing as head of a betting syndicate handed over 140,000 pounds at a London hotel to an agent who promised Amir and Mohammad Asif would deliver no-balls in a Test match against England.

Some of the money was later found in the players’ rooms.

And in 2013, former Test paceman Shanthakumaran Sreesanth and two uncapped bowlers were arrested on charges of spot-fixing at a Mumbai hotel following an Indian Premier League match.

Sreesanth and Ajit Chandila were acquitted of criminal charges but banned from cricket for life.

Flanagan said investigators were also "keeping vigilance generally at the ground", in restricted areas and in the stands, and were keeping a particular eye on spectators with mobile phones.

"Recently a phenomenon has crept in known as &39;pitch siders&39;," he told AFP in a video interview in Mumbai.

"These people seek to take advantage of the time lapse between a broadcast and an event that&39;s actually happened and where it&39;s being viewed, perhaps in parts of the Indian sub-continent.

"If they have people in the ground giving a ball-by-ball account on a mobile phone they can get ahead of the actual broadcast.

Proteas&39; all-rounder JP Duminy believes cricket is "on the right path in terms of beating corruption" but admits that it is hard to legislate.

"Unfortunately it comes down to the individual and what&39;s the most important thing to that individual," he told reporters in Mumbai.

"I like to think that to all cricketers around the world the most important thing is upholding the legacy of the game and that is to play cricket out on the field and not anywhere else."

India poses a particular challenge owing to the massive popularity of the game and the fact that betting is illegal and difficult to regulate.

Shantanu Ray Guha, who has written a book on cricket corruption, told AFP India&39;s betting market was akin to a "parallel economy".

"Whether the ICC can clean this up, I have my serious doubts," he said.