Profile: Who is Lungi Ngidi 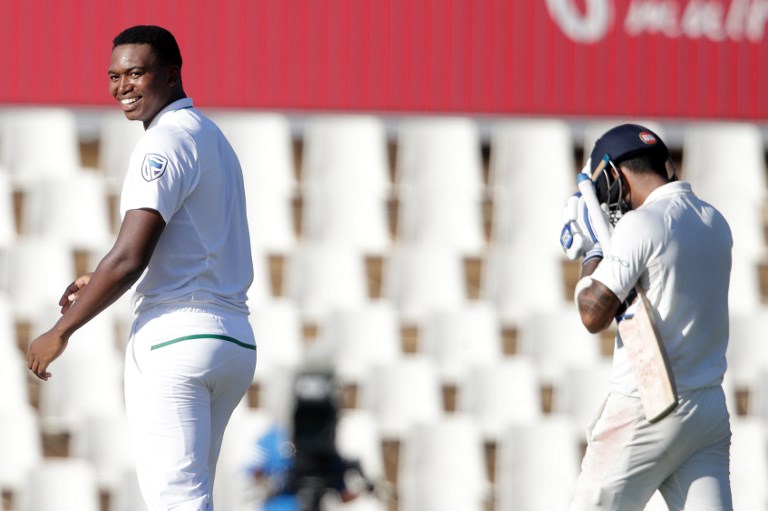 JOHANNESBURG - Man of the moment Lungi Ngidi bagged six wickets as South Africa defeated India in the second Test in Centurion on Wednesday.

Ngidi, 21, recorded career-best figures of 6-39 as the Proteas bowled India out for 151 in their second innings, securing an unattainable 2-0 series lead.

The big man ended the match with figures of 7-90.

A tall, imposing paceman, Ngidi can reach speeds in the region of 140km/h, according to ESPN Cricinfo, and is as comfortable opening the bowling as he is at the death, making him one of South Africa&39;s most promising prospects.

File: Lungi Ngidi in action for Titans during the 2017 RamSlam T20 Challenge game between the Cobras and the Titans at Newlands Cricket Ground, Cape Town on 8 December 2017. Credit: BackpagePix

Ngidi attended school at Kwa-Zulu Natal&39;s Hilton College and played for the KZN Under-19s at the Khaya Majola week in 2014. He was spotted by Northerns, which facilitated his move upcountry, where he honed his skills at the University of Pretoria.

Ngidi was tipped as a T20 prospect early on when he finished as the joint second-highest wicket-taker in the Africa Cup, a provincial T20 tournament that serves as a curtain raiser to the season, in September 2015.

His six wickets came at an average of 12.50 and helped Northerns win the title.

He was named Africa T20 Cup player of the year and was promoted to the franchise team Titans for parts of their T20 campaign.

The lanky seamer played in the final for Titans in 2015-16, which they won, and was a central figure in their title defence the following season.

Ngidi made his T20I debut for South Africa against Sri Lanka on 20 January 2017 and was awarded man of the match.

In January 2018, he was selected for the Proteas&39; squad ahead of the second Test against India.

He made his debut for South Africa on 13 January.