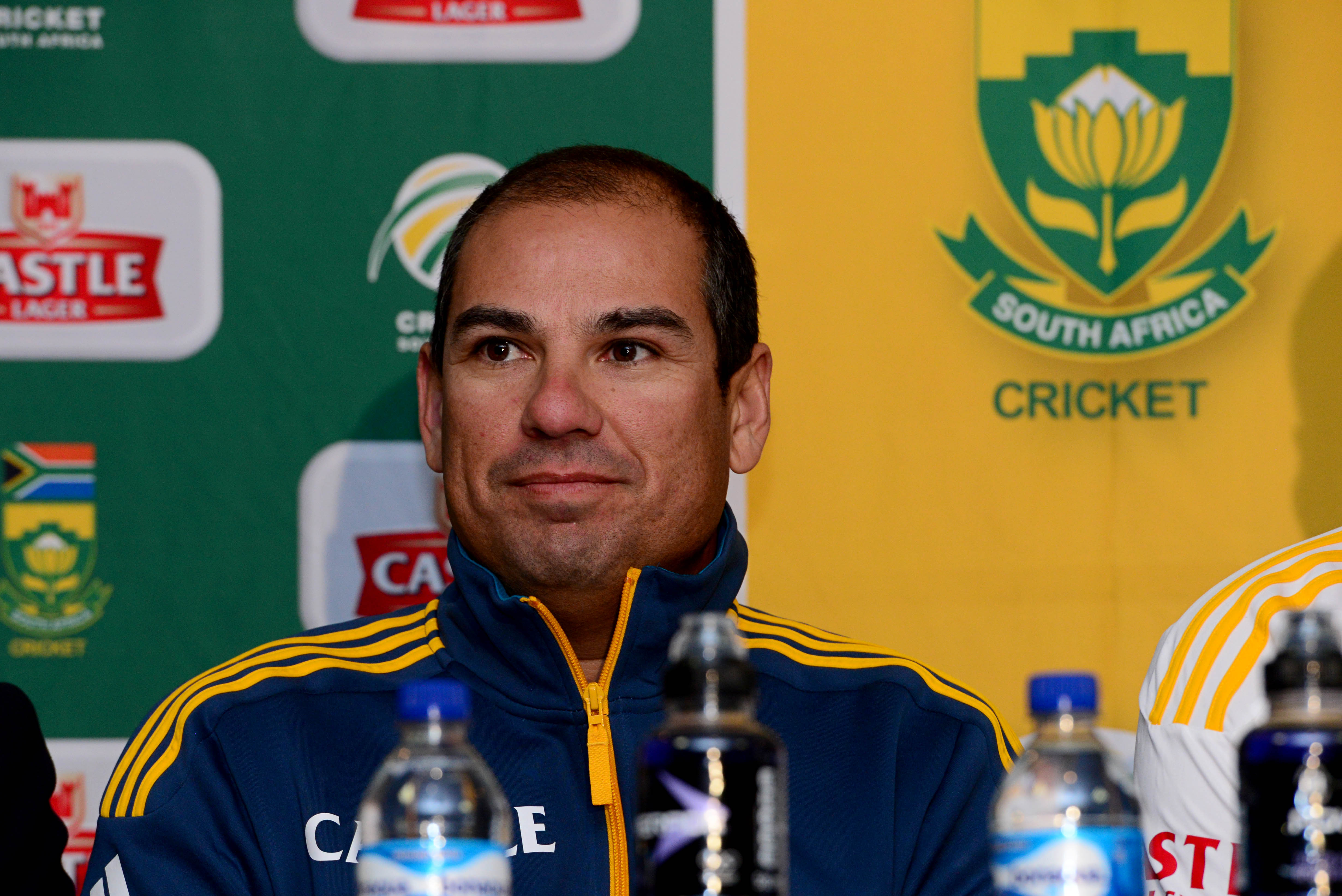 JOHANNESBURG - Despite an extended run of poor results Proteas coach Russell Domingo said on Wednesday he does not plan to step down anytime soon.

Domingo returned to South Africa after his team suffered a 100-run loss to the West Indies for a place in the Tri-Series in the Caribbean last week.

South Africa in the last year has plummeted from first to sixth in the Test rankings, lost in the World T20 before the semi-finals and now have fallen to fourth in the latest ICC One Day International (ODI) rankings.

These results have fuelled speculation that Domingo’s job may be on the line, but he remained defiant.

“I’ve got to sit with my management team and the board, the CEOs and the guys who make those decisions and plan the way forward. I’ve got 10 months left on my contract.

"The last six months have not gone according to plan. I’m not a guy that wants to give up or quit, so I need to discuss [with Cricket SA] what their particular thoughts are,” said Domingo upon his arrival at OR Tambo international in Johannesburg.

“I’ve got a few days at home now to mull over a few things and see where things are going. I honestly feel the management team we have in place … I know five months ago people were saying we need a batting coach because I was taking flak for batting.

"Now we’ve got a batting coach, that’s not the problem anymore. We’ve got a spin bowling coach, we had a mental coach involved. We’ve ticked a lot of boxes in terms of management, and provided the players with as much support as we can.

"We’re still very motivated as a management team to do well. We feel we can take the team forward. Ultimately that decision doesn’t lie with us.”

“Annually when the team is going through a bad period like we are right now, It’s good to constantly review and refresh the management team,” said Moosajee.

“Whether it’s the management team, the coaching staff or playing personnel. You constantly look at how to make things better, and that’s what Cricket SA plans to do.”

Moosajee went on to say the independent panel which was assigned to review the poor performances of South Africa’s national cricket teams may be reinstated.

The four-person panel which had been assigned to carry out the review disbanded at the beginning of June shortly after being formed.

“There’s little doubt our performances and results in the Caribbean were below what is expected from a Proteas team.

"As far as the review process is concerned, there are ongoing discussions and we are awaiting feedback from CSA board and management. If and when it is reconstituted it will run its course.”