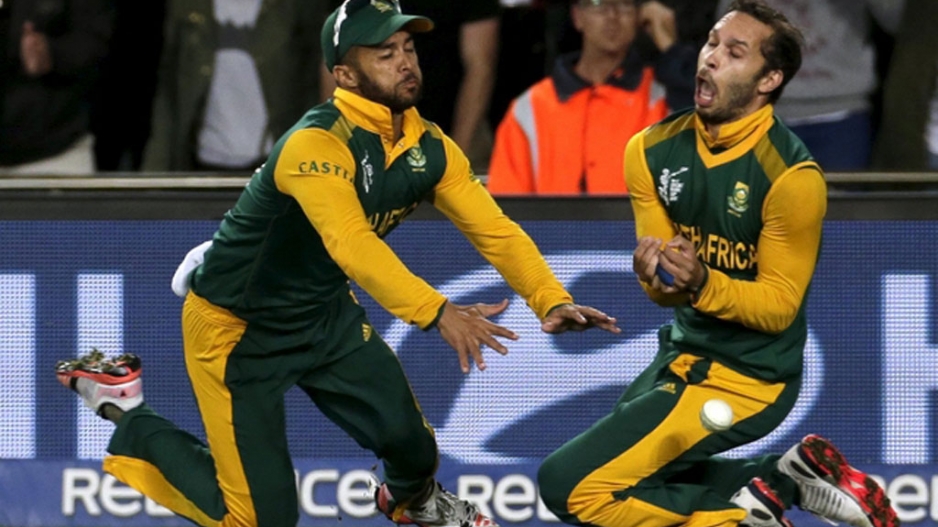 The Proteas were left to rue dropped catches and missed run outs.

AUCKLAND - South Africa&39;s four-wicket defeat by New Zealand at Auckland&39;s Eden Park was their fourth loss in as many World Cup semi-finals, with the Proteas still unable to make it to the tournament&39;s showpiece match.

Take a look at the Proteas quartet of last-four losses:

South Africa, having been allowed into their first World Cup in the run-up to the end of apartheid, were on the cusp of a fairytale appearance when rain stopped play with the Proteas needing 22 off 13 balls for victory.

But by the time they came back on the field just ten minutes later, the scoreboard showed they needed an impossible 22 off one ball under the rules governing rain-affected matches at the time.

But with leg-spin great Shane Warne taking four wickets of his own, Australia stayed in the match. But it seemed Lance Klusener was set to win it off his own bat, despite having just last man Allan Donald for company.

With four balls left, they needed just one to win but as Klusener set off for a single off a mishit, Donald stayed in his ground, dropped his bat and a relay involving Mark Waugh and Damien Fleming saw the bowler underarm the ball to wicket-keeper Adam Gilchrist to complete a run-out.

The match was tied but eventual champions Australia went into the final on superior net run-rate.

South Africa were never in the hunt in this match, as they collapsed in the face of tight fast bowling from Glenn McGrath (three for 18) and Shaun Tait before Michael Clarke&39;s innings completed a comfortable victory for Australia.

South Africa were going well at 216 for three off 38 overs when rain stopped play and left them with just five more overs on their return.

Faf du Plessis was unable to add to his score of 82 but, with AB de Villiers largely a spectator, David Miller thrashed 49 off just 18 balls as South Africa scored 65 runs in their last five overs.

That left New Zealand chasing a revised victory target of 298 in 43 overs. Black Caps skipper Brendon McCullum blazed his way to a typically quick 59 at the top of the order but New Zealand were in trouble at 149 for four.

But a stand of 103 between Corey Anderson and Grant Elliott swung the match back New Zealand&39;s way before South Africa fought back and, with two balls left, the Black Caps needed five to win.

However, South Africa-born Elliott capped a superb innings by smashing fast bowler Dale Steyn for six off the penultimate delivery.