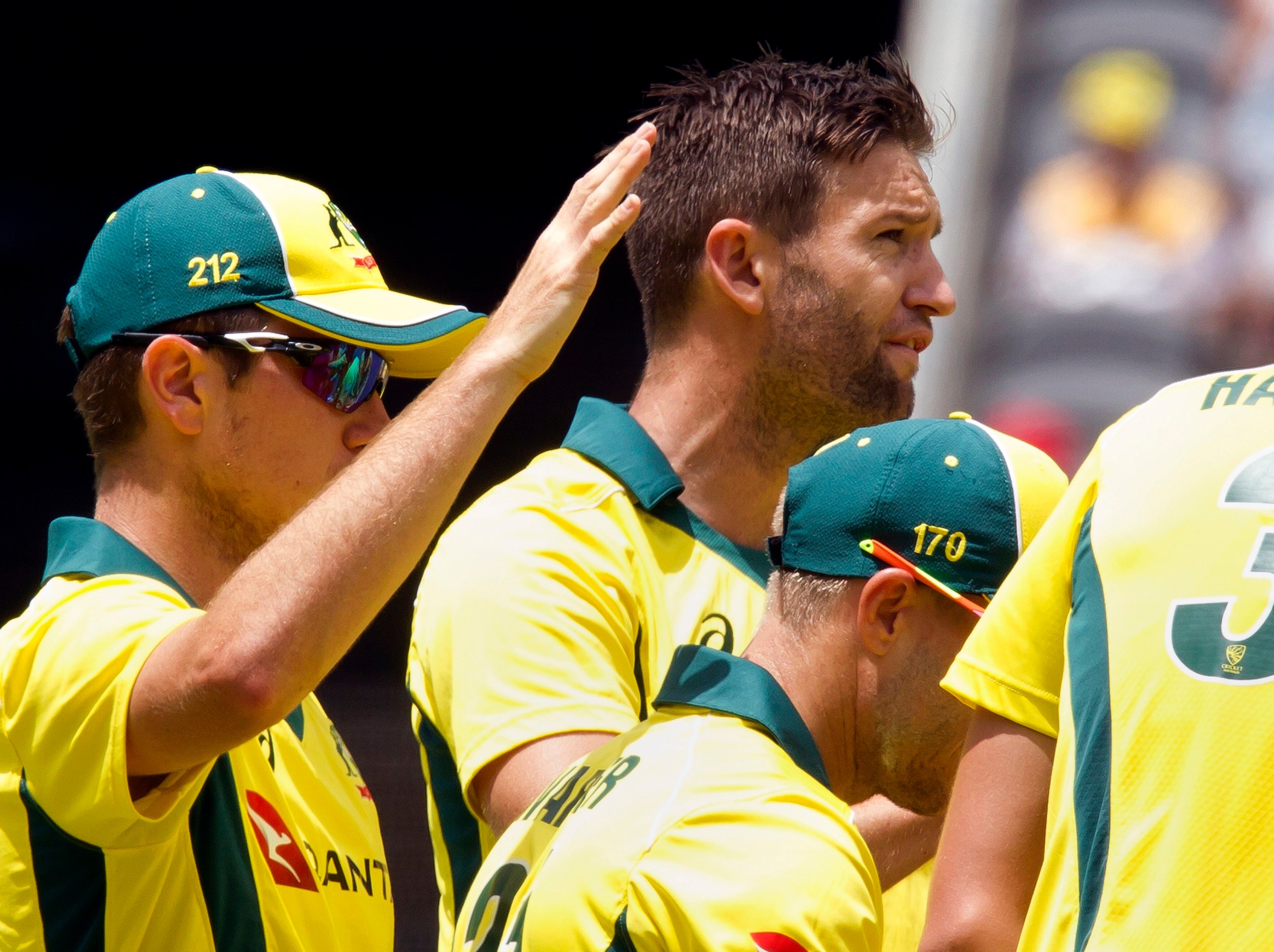 Australia's Andrew Tye (C) celebrates with teammates after taking a wicket during the fifth one-day international (ODI) cricket match between England and Australia.

PERTH - A five-wicket haul by Australia&39;s Andrew Tye ensured England were unable to capitalise on a fast start in their fifth and final one-day international in Perth on Sunday.

The English, with an unassailable 3-1 lead in the series, were sent in to bat by Australian captain Steve Smith in the first match at the new Perth Stadium.

Despite Test captain Joe Root making a typically busy 62, the English did not reach the total that looked possible after a flying start and were bowled out for 259 in 47.4 overs.

In front of a sell-out crowd of around 55,000 -- a record for a cricket match in Perth -- the English openers blazed away early in what was a polar opposite to their start in Adelaide on Friday.

In that game, the tourists lost five wickets with just eight runs on the board as they suffered their first defeat of the series.

They had no such problems on Sunday, with a little bit of luck also on their side.

Jason Roy, who led the England charge, was brilliantly caught behind by Tim Paine from the bowling of Mitchell Starc for 20.

But a video replay confirmed it was a front foot no-ball and he won a reprieve.

The dashing Roy went on to make 49 from 46 balls before being the first man to fall, caught by Josh Hazlewood from the bowling of local rookie Tye, to end a 71-run partnership with Jonny Bairstow (44).

England cruised past the century with just one wicket down, but in the end lost their momentum due to the steady fall of wickets.

A number of their batsmen made good starts, but only Root went on to make a half-century.

He fell in the 48th over in the chase for late runs, holing out to long on from the bowling of Tye.

He had faced 68 balls, hitting just two boundaries but cleverly working the ball into the gaps.

Much to the delight of the crowd, fourth-gamer Tye was the star with the ball, cleaning up the English tail to finish with 5-46 from 9.4 overs.