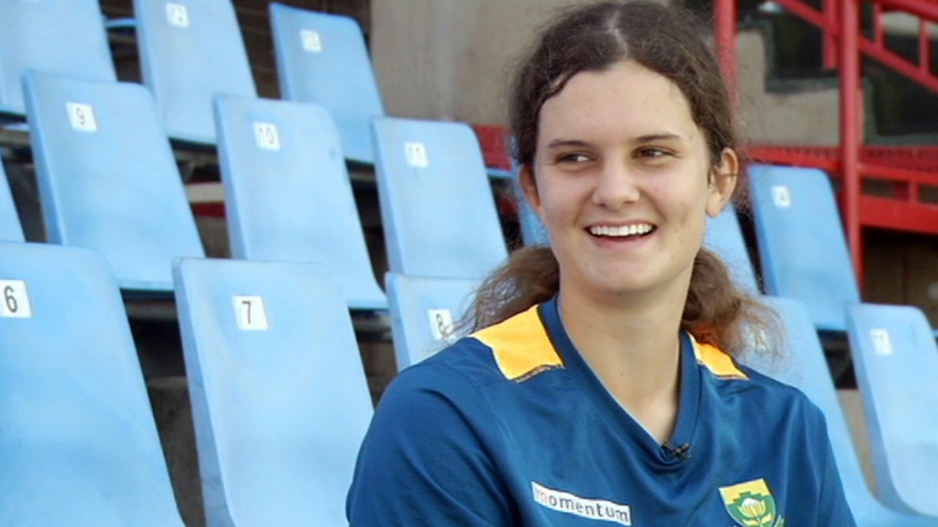 Centurion, 15 February 2016 - Despite losing the ODI series 2-1 to England, the Proteas Women have plenty of reason to be positive. Their break-out opening batter, Laura Wolvaardt helped the SA women tie the series up 1-1 in Centurion last week.

JOHANNESBURG - Despite losing the ODI series 2-1 to England, the Proteas Women have plenty of reason to be positive.

At just sixteen years and 286 days old, Wolvaardt made her senior debut for the Proteas women in this month’s first ODI against England, in which she opened the batting.

"It was a little bit insane, actually to walk out onto that field against some of the best bowlers in the world. And I was definitely feeling a mixture of excitement and nerves. And just the experience of sdinging the national anthem before playing for your country was just such an amazing experience and something I’ll never forget," said Wolvaardt.

In her second appearance, Laura scored her maiden senior international fifty in a vital 113-run opening partnership with the 74 match veteran, Trisha Chetty.

Just one of the uber experienced members of the South African women’s squad.

Having been included in an SA under 19 invitational team when she was only 13, Laura has been on the fast track to the big leagues for quite some time.

"We call her Wolfie. Her nickname is Wolfie. She’s very mature for her age. And she’s just something special. The way she handles herself within the team, she just fitted right in," said the SA Women&39;s captain, Mignon Du Preez.

Though at sixteen, life for Laura isn&39;t’t just net practice and catching drills.

In her time off from school, the national team, the Western Province team, the SA emerging women’s team and captaining the SA under 19’s, Laura also sings.

“I wanted to be famous. So I had I phase when I thought I was gonna be like Justin Bieber and pull a songwriting thing. But I just do that for fun. Because my school offered sound engineering as a class so I signed up for that and they said we needed a song to record and so I quickly wrote a song and I’ve written about twenty now so it’s just what I do in my spare time.”

Unfortunately, neither Laura’s batting nor her voice could save South Africa from a 2-1 series defeat in Johannesburg.