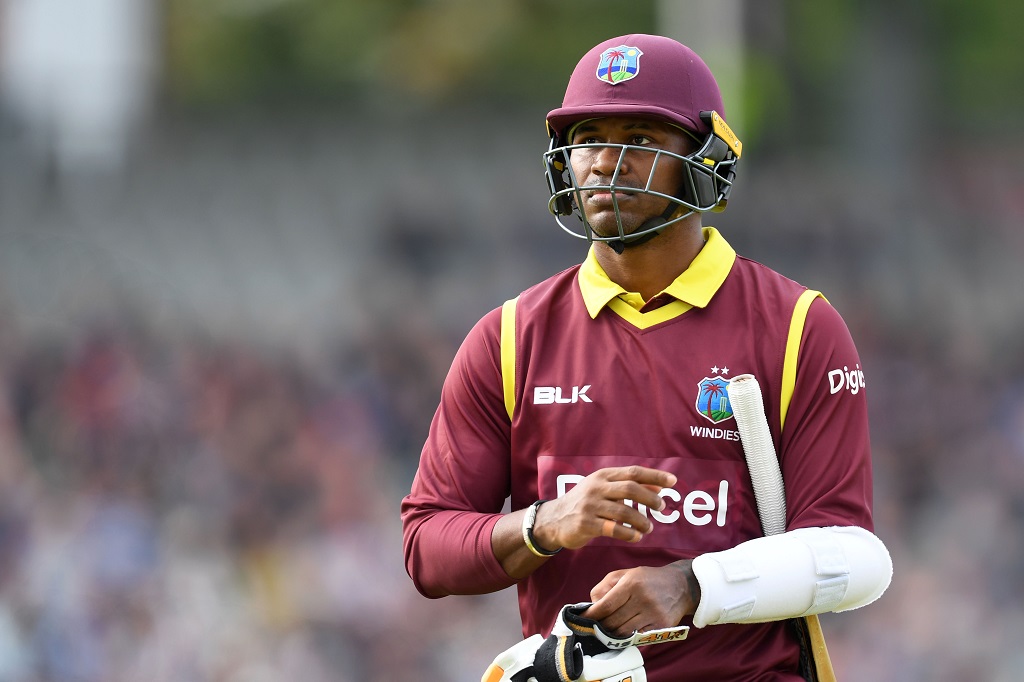 West Indies' Marlon Samuels leaves the pitch after losing his wicket for 17 during the first One-Day International (ODI) cricket match between England and the West Indies at Old Trafford, Manchester on September 19, 2017. AFP/Paul Ellis

INDIA - West Indies cricketer Marlon Samuels has been criticised for aiming an expletive-laden tirade at old rival Ben Stokes after a seemingly innocuous comment from the England all-rounder.

"This is appalling @marlonsamuels... we are trying to stamp out racism," Vaughan wrote on Instagram, calling Stokes's original comments "a bit of banter".

Stokes, playing in the Indian Premier League after visiting his father, who is battling cancer, in New Zealand, had said he wouldn't wish the country's mandatory 14-day quarantine on anyone -- even Samuels, with whom he has a long history.

After Samuels' post, and others by him targeting Stokes, the England player responded by adding more than a dozen pictures of the West Indian batsman to his Instagram story, without making any comment.

Their rivalry dates back to 2015, when Samuels mocked Stokes with a send-off salute in a Test match in Grenada. Samuels was also batting when Carlos Brathwaite hit four sixes off Stokes in the final over to win the 2016 Twenty World Cup.

On Sunday, Stokes hit form in the IPL with an unbeaten 107 to keep the Rajasthan Royals in the hunt for the play-offs.