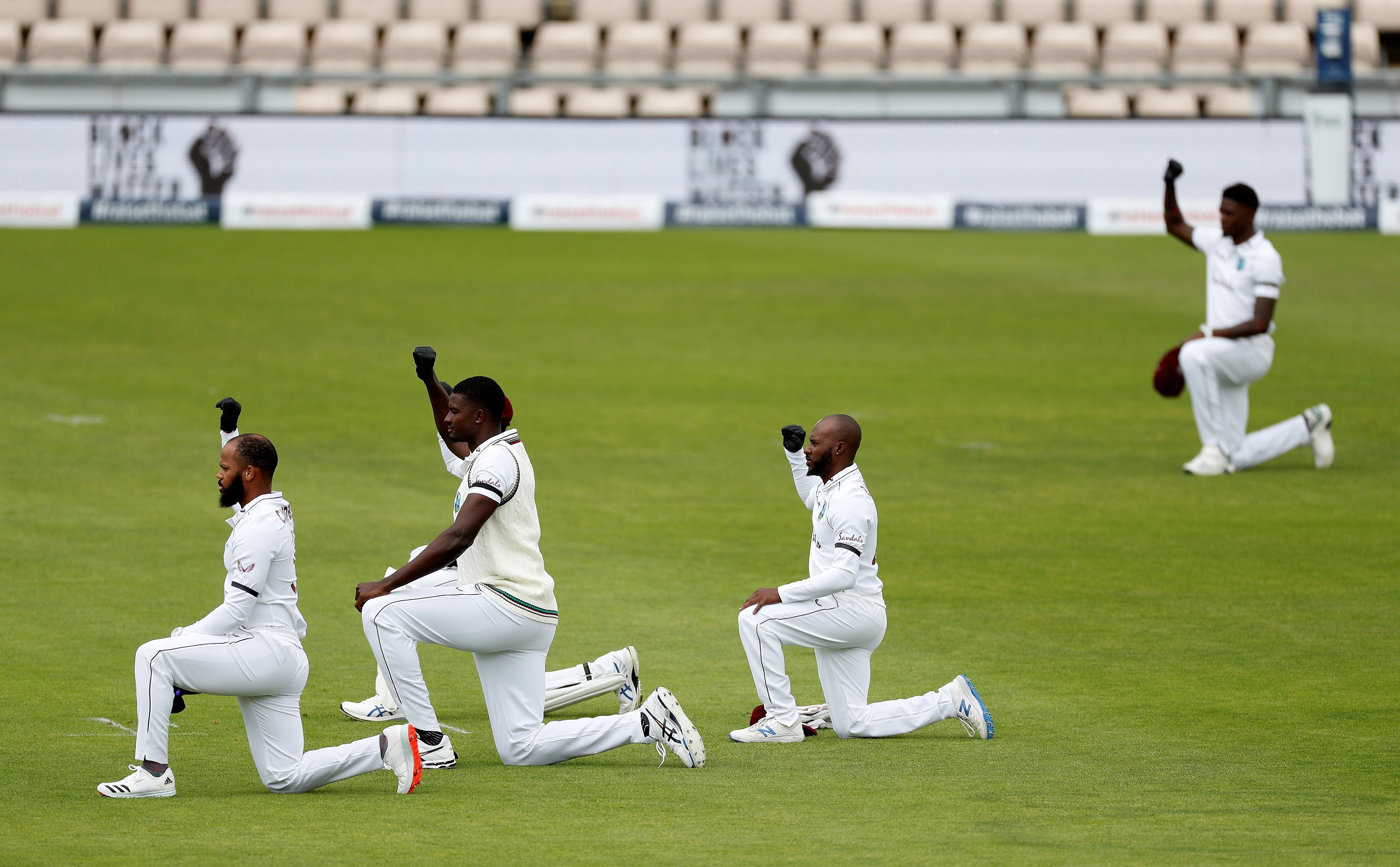 Players takes a knee in support of the Black Lives Matter movement on the first day of the first Test cricket match between England and the West Indies.

That's according to director of cricket Graeme Smith.

"I think that it's important that in future we come together and really figure out how we can play our role in the Black Lives Matter movement," said Smith.

"I think a discussion on each team environment and as well as Cricket South Africa on how we handle it going forward is important."

Bowler Lungi Ngidi has made it clear he will be supporting the movement.

He believes there is room for local involvement on the matter.

"I definitely feel once we get back to playing, it’s something we have to address as a team, as a nation as well," said Ngidi.

"I believe, as a team, and if we’re not, it’s something I would bring up that it’s something that we need to take very seriously, and like the rest of the world is doing, make a stand.”

The West Indies and England cricketers also showed their support for the movement on day one of the first test in England.

They wore a 'Black Lives Matter ' logo on their collars and performed the 'One Knee' tribute.

Cricket South Africa's is still exploring ways to effectively be involved in the Black Lives Matter movement when live cricket returns. That's according to the director of cricket, Graeme Smith. Bowler Lungi Ngidi has made it clear he will be supporting the movement. #DStv403 pic.twitter.com/J5vXtver8z