Dakar Rally to be held in Saudi Arabia 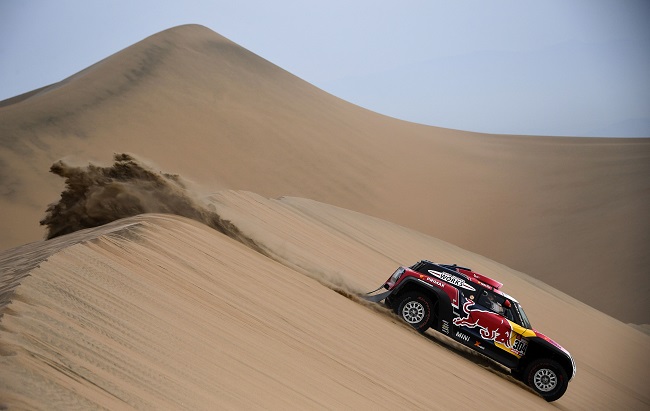 Mini's driver Stephane Peterhansel and his co-driver David Castera of France, compete during the Stage 9 of the Dakar 2019 in and around Pisco, Peru, on January 16, 2019.

FRANCE - The Dakar Rally will be held in Saudi Arabia from 2020, organisers announced Monday, offering contestants an "unknown landscape and uncharted terrain".

"After 30 years of discovering the beauty of Africa and a decade of adventure exploring the spectacular landscape of South America, a new chapter in the history of Dakar will be written  as the world's biggest rally makes its Middle East debut in Saudi Arabia," ASO said in a statement.

The Dakar has been held in South America since 2009. The gruelling multi-stage rally was previously held in Africa but was relocated after terrorist threats in Mauritania in 2008.

Dakar director David Castera described the relocation to Saudi Arabia as "a voyage into the unknown".

"By going to Saudi Arabia, it is of course that aspect that fascinates me," Castera said.

"I'm convinced that such a feeling will be shared by all the riders, drivers and copilots. As the director of the event, it's a massive challenge to be faced with a blank page with limitless possibilities."

Castera said Saudi Arabia offered up "a monumental geography, made for the most audacious itineraries".

"We are spoilt for choice. Sports, navigation, a will to surpass oneself: all these aspects will naturally be glorified on this territory made for rally-raids."