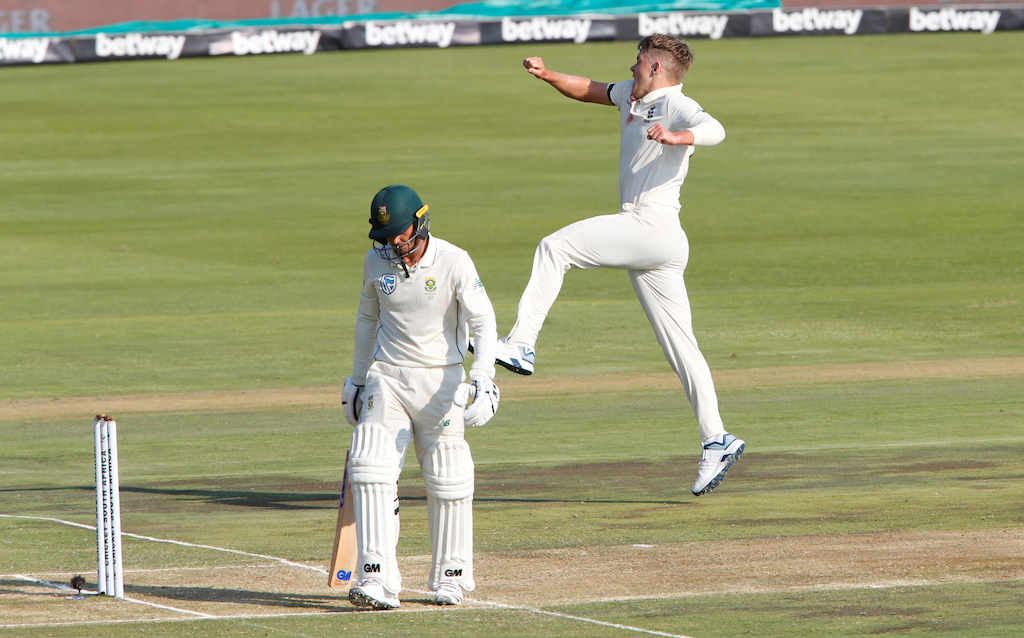 PRETORIA - Quinton de Kock fell five runs short of his century after dragging South Africa out of early trouble to 277 for nine at the close on the opening day of the first test against England at Centurion Park on Thursday.

England took a wicket with the opening delivery of the four-test series and had their hosts teetering on 111-5 after lunch but De Kock’s belligerent innings brought South Africa back into the match.

James Anderson marked his 150th cap and return to the England attack with the first-ball wicket of opener Dean Elgar, setting the tourists up for early domination of an inexperienced home side seeking to halt a run of five successive test defeats.

Sam Curran’s skillful bowling earned him figures of 4-57 and Stuart Broad returned from illness to claim 3-52.

But De Kock wrestled the initiative away from England with an innings that combined early aggression, as he sought to impose himself on the bowlers, with later circumspection.

"We tried to make sure we kept up our intent, to keep ticking over and not get bottled up," De Kock told reporters.

"When England are on top, it's very tough to score runs against them."

He reached his 50 off 45 balls with some ferocious hitting before digging in to try to tire out the England bowlers on a hot day.

De Kock fell agonisingly short of a sixth test century as he feathered an away swinger from Curran through to wicketkeeper Jos Buttler for 95 off 128 balls.

De Kock featured in an 87-run sixth-wicket stand with 30-year-old debutant Dwaine Pretorius, who made 33, and 47 runs for the seventh wicket with Vernon Philander who was 28 not out at the close.

Curran led the way for the England bowlers, who had to do without Ben Stokes, forced off the field by dehydration although he did return to field for the last hour.

The 37-year-old Anderson’s first ball in test cricket for five months, having limped out of the Ashes series with a calf injury, was a warm-up delivery down the leg side that Elgar tried to flick at and edged to Buttler.

It was not the start South Africa, under a new coaching regime after an administrative crisis, were looking for against an England side who have battled with a flu bug in their camp since arriving almost two weeks ago.

But Zubayr Hamza, in his third test, boosted his chances of securing the regular No. 3 place with 39 before being caught in the slips by Stokes off Broad.

"We would have liked to have got them out but if we can keep them to under 300, we are confident we can go on and bat big," Curran said.