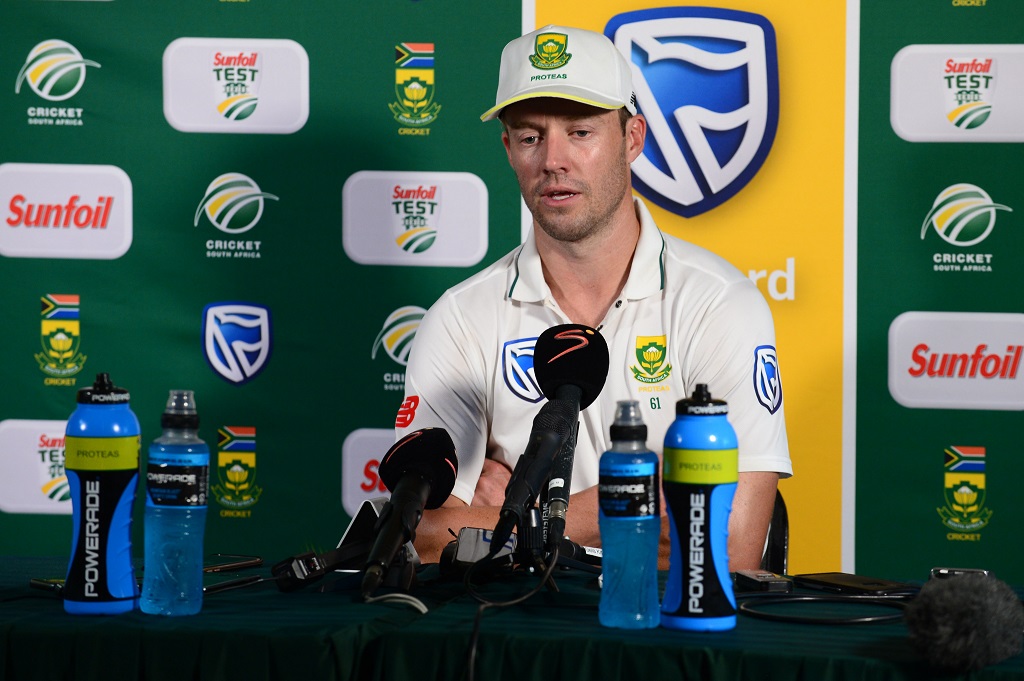 AB de Villiers of the Proteas.

CAPE TOWN - AB de Villiers said he did not expect to be included in South Africa’s squad for the Cricket World Cup after telling captain Faf du Plessis that he was available, as he clarified his role in a selection drama that blew up in England.

South Africa endured a miserable tournament, exiting with only three wins from their nine pool matches.

Their cause was not helped when it was reported that De Villiers, who had retired from international cricket in May 2018, had spoken to Du Plessis about making himself available on the eve of the team’s squad announcement.

That led to accusations that De Villiers, one of the best-limited overs batsmen in the world, had been selfish in trying to force his way back into the squad.

He said, however, he was only reiterating what he had told an unnamed Cricket South Africa official a year earlier upon his retirement.

"Now the Proteas' World Cup campaign is over, and the team cannot be distracted, I would like to respond to unjustified criticism of me during the tournament," De Villiers said in a statement on Friday.

"I announced my retirement from international cricket in May 2018 because I wanted to reduce my workload and spend more time with my wife and young sons. Some have insisted I was motivated purely by money. They are wrong.

"In truth, I have turned down many lucrative offers to play around the world, and have cut the time spent away from home each year from eight months to just over three months."

De Villiers said that immediately after his retirement he was asked if the door was open for a return to the team, and he confirmed he would consider it.

In a phone-call to long-time friend Du Plessis during this year’s Indian Premier League, he repeated the door was open “if I was needed".

"I had been in decent form during the Indian Premier League and casually repeated what I had said when asked a year earlier, that I was available if required ... but only if required.

"I made absolutely no demands at all. I certainly did not try to force my way into the World Cup squad on the eve of the tournament, and did not expect to be included."

De Villiers said the story was leaked to the media after South Africa’s loss to India, their third in a row at the World Cup, as a way of deflecting attention away from the team’s troubles.

"Elements of our private conversation were disclosed to the media, and distorted to cast me in the worst possible light," he says.

"The story was not leaked by me, or anybody associated with me, or by Faf. Maybe someone wanted to deflect criticism. I don't know.

"As a result, I was unfairly described as arrogant, selfish and indecisive but, with all humility, my conscience is clear. I am not angry with anybody."