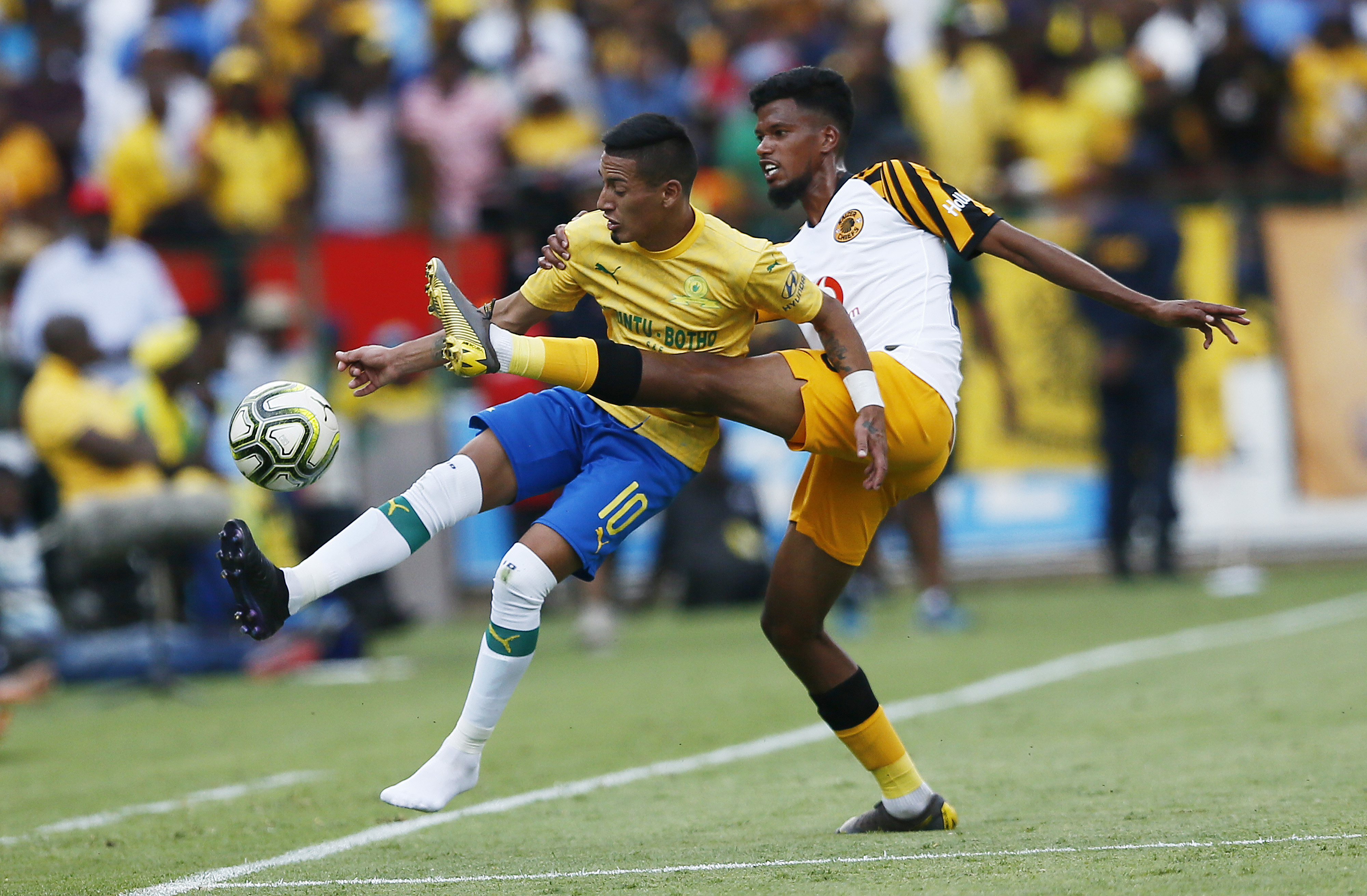 JOHANNESBURG - Success-starved Kaizer Chiefs and mega achievers Mamelodi Sundowns are the leading candidates to win the South African Premiership, which restarts Tuesday behind closed doors amid the coronavirus pandemic.

Sundowns meet Orlando Pirates Tuesday and Chiefs tackle Bidvest Wits a day later in top-six clashes as the title run-in begins with all matches at neutral venues in the Gauteng province.

The region includes Johannesburg and Pretoria and is the epicentre of the COVID-19 disease in South Africa, the African country most affected by the pandemic with 10,210 deaths.

But South African Football Association medical officer Thulani Ngwenya says that if health protocols are observed there is only a "one percent chance" of a footballer being infected.

While SuperSport United, Pirates, Maritzburg United and Wits still have mathematical chances of finishing first, the odds are stacked against any of them overtaking Chiefs or Sundowns.

Soweto-based Chiefs are synonymous with success having won a record 53 major domestic trophies since the club was formed 50 years ago by then national star Kaizer Motaung.

But the club who can draw 90,000 crowds to clashes against arch rivals Orlando Pirates have fallen on hard times with their last success coming in 2015 when they were crowned champions.

Never before have the Amakhosi (Chiefs) gone so long without hoisting silverware and one of the current stars of the team, midfielder Lebogang Manyama, blames individualism.

"Our squad was a collection of talented footballers, but we were not united," the 29-year-old international told AFP.

"This season we are working for each other and that is why we are at the top of the table. Talent is essential if you want to succeed, but so is teamwork."

Chiefs are coached by German Ernst Middendorp, who was expected to be sacked at the end of last season after suffering a humiliating FA Cup final defeat to second-tier TS Galaxy.

But Motaung defied media predictions by retaining Middendorp, who has steered the side to 15 victories and three draws in 22 league matches.

The German is not tempting fate, though, and refuses to forecast the likely outcome of potentially the most exciting Premiership finale for many seasons.

"I never look further than the next match," he emphasised. "We play Wits this Wednesday and they are the only opponents we are thinking about."

While Chiefs have struggled, Sundowns became only the second South African club after Pirates to be crowned African champions when they defeated Zamalek of Egypt in the 2016 final.

Since then they have failed to reach the knockout stages of the CAF Champions League only once in four attempts and have been the dominant domestic force.

They are chasing a hat-trick of Premiership titles and a strong squad should help as they must play nine league matches between August 11 and September 5.

"I do not know what to expect because our build-up has been strange due to the pandemic," admitted coach and former South Africa forward Pitso Mosimane.

"We cannot pray together after training sessions, we have to social distance at video sessions and we eat separately in the dining hall.

"You will not find the words 'social distance' in any football coaching manual so a great deal of adaption has been necessary."

Sundowns will restart without gangling Uruguayan forward Mauricio Affonso, who cannot return from his homeland because the South African borders have been closed since March.

At the opposite end of the table, Black Leopards lie last, but only seven points separate seven clubs, ensuring a fierce struggle to avoid relegation.