Disgraced Armstrong back on Tour de France as commentator 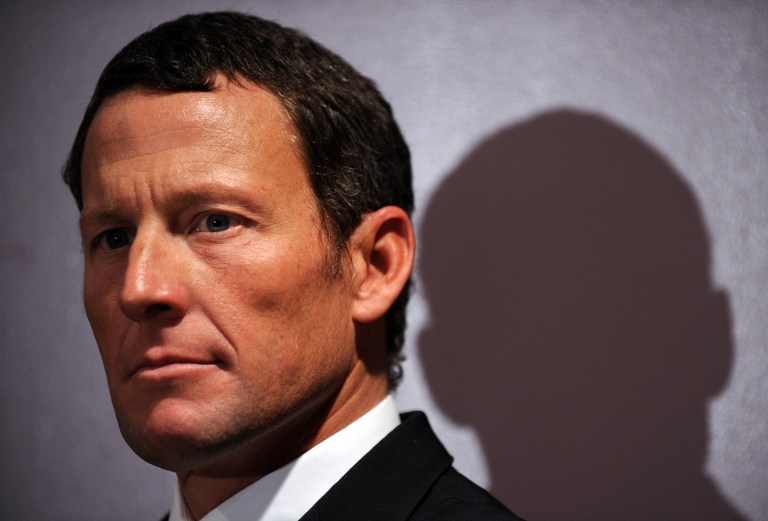 Lance Armstrong attends a press conference in Los Angeles in this file photo on February 28, 2011.

NEW YORK - Doping disgraced Lance Armstrong, stripped of seven Tour de France triumphs in an epic fall from grace, is giving his perspective on this year's race on a daily podcast called "Stages."

The 45-year-old American, who crossed the finish line first in the famed cycling race from 1999-2005 but later admitted taking banned performance-enhancing drugs after years of denials, also writes an accompanying blog for Outside magazine.

It's a comeback that has drawn controversy from some corners of a cycling world he badly damaged with a long-running doping saga, but Armstrong's Facebook page with videos and photos from his podcast boasts more than 2.2 million "likes."

Stages Podcast 13 is up. Talking tactics and who's left that can win @LeTour https://t.co/oi34NVuE0n pic.twitter.com/dqvGQPdp35

It helped Outside decide to work with him, although Outside vice president and editor Christopher Keyes told the New York Times the magazine is not paying Armstrong for his blog.

"We just fundamentally believed that he would have some really great insights about the tour just based on his own experiences," Keyes told the newspaper.

Keyes cited former president Richard Nixon as an example of a scandal-tainted public figure who still had something to offer the public realm in terms of insight long after his infamy.

Armstrong is not the first tainted US sports hero to join the commentary ranks. Former Major League Baseball star Alex Rodriguez, who lied about using performance-enhancing drugs, serves as a television analyst. So has major league all-time hits leader Pete Rose, banned from baseball for betting on games.

But Armstrong knows there will be those who forever begrudge him any role in cycling, even from a distant commentary post after watching telecasts.

"I don't fight that," Armstrong told Bicycling magazine. "For me to move forward, I have to say, 'I'm sorry, I understand, but I'm moving on.'"