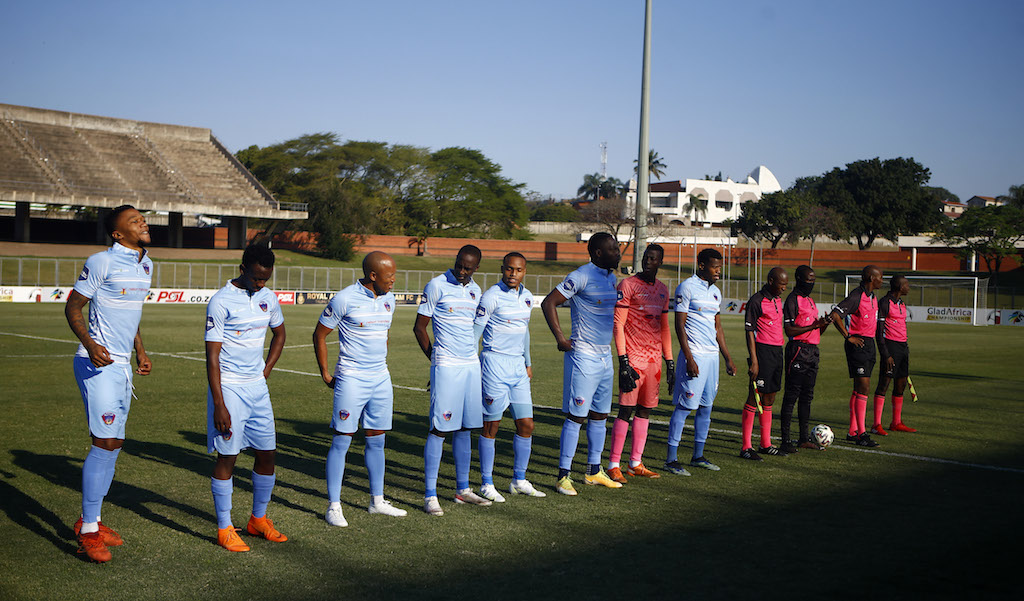 Chippa United on the pitch before the game. BackpagePix/Steve Haag

DURBAN - The Promotion Play-Offs deteriorated into chaos on Tuesday afternoon as Royal AM were due to host Chippa United.

Chippa arrived on the pitch with the opposition on site.

The hosts, who are still involved in an appeal process against not being awarded the NFD championship, arrived for the match but left before kick-off.

Officials were forced to go through the whole match ritual before kick-off only to blow off the encounter as just one team remained on the pitch at Chatsworth Stadium.

Further disciplinary proceedings will now follow to decide the outcome of the match.