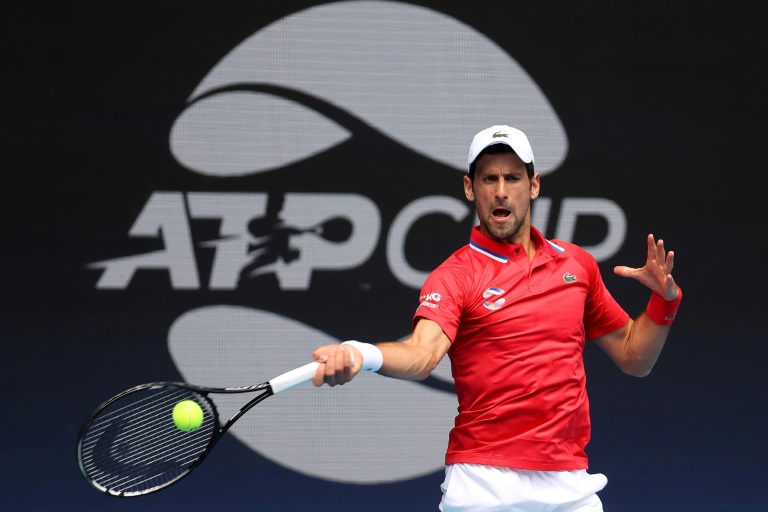 Djokovic could not provide evidence of double vaccination or a medical exemption when he touched down to defend his Australian Open crown, conservative Prime Minister Scott Morrison said.

"Rules are rules and there are no special cases," Morrison said after Djokovic's visa was revoked and he was detained at Melbourne's Tullamarine Airport overnight.

The 34-year-old has refused to reveal his vaccine status publicly, but has previously voiced opposition to being jabbed. He contracted Covid at least once.

Despite Australia's stringent Covid and vaccine rules, he flew to Melbourne having said on social media that he had an exemption to play in the Australian Open, which begins on January 17.

All participants at the first Grand Slam of 2022 must be vaccinated against Covid-19 or have a medical exemption, which is granted only after assessment by two panels of independent experts.

Djokovic's triumphant Instagram post seemed to end months of speculation about whether he would be able to defend his Open title, and have a shot at securing an unprecedented 21st Grand Slam.

But instead of a conquering champion's return, Djokovic never made it past border control.

Australian border officials questioned the sports star and revoked his visa citing a failure to "provide appropriate evidence to meet the entry requirements".

Djokovic was held at the airport overnight and eventually moved to an undisclosed government facility pending deportation.

News that Djokovic had received an exemption to arrive in Australia without being vaccinated was met by public outcry.

Australians have been unable to travel or welcome family from overseas for much of the last two years.

But the Serb's treatment on arrival prompted fury among his fans and a fiercely worded diplomatic rebuke from Serbia's president.

"The whole of Serbia is with him and... our authorities are undertaking all measures in order that maltreatment of the world's best tennis player ends as soon as possible", President Aleksandar Vucic said after speaking with Djokovic over the phone.

"In line with all standards of international public law, Serbia will fight for Novak Djokovic, justice and truth."

Djokovic's father echoed that nationalistic tone, claiming his son had been "held captive for five hours" at Melbourne airport and should return home to a hero's welcome.

"This is a fight for a libertarian world, this is not just a fight for Novak, but a fight for the whole world," he told the Russian state-run Sputnik media outlet in Serbia.

Sanja, a 35-year-old Serbian-Australian Djokovic fan had been looking forward to seeing him play in Melbourne.

"He went through a civil war to play tennis, he's done nothing wrong to the world. If this was Nadal or Federer there wouldn't be this much hype about it."

Australia's leaders -- wary of public sentiment and mounting Covid problems ahead of an upcoming election -- pointed fingers over who was responsible for the saga.

Home Affairs Minister Karen Andrews said the government made "no apologies" for protecting the border, despite the prime minister earlier suggesting it was up to Melbourne officials and Tennis Australia.

"Individuals who do not meet our strict requirements will be denied entry to Australia, it does not matter who they are," she said in a statement.

Australian Open chief Craig Tiley said the defending champion had been given "no special favour" but had urged him to reveal why he got the exemption to soothe public anger.

Among the conditions allowing entry without a vaccine is if a person has had Covid-19 in the past six months. It has not been revealed if that was the case with Djokovic.

Tiley said just 26 of the approximately 3,000 players and support staff travelling to Australia for the tournament had applied for a vaccine exemption. Only a handful had been successful.

He defended the integrity of the exemption application process.

Djokovic voiced his opposition to the Covid-19 vaccine in April 2020 when it was suggested they might be obligatory so tournament play could resume.

"Personally I am not pro-vaccines," said Djokovic at the time. "I would not like it for someone to compel me to be vaccinated so I can travel."

During Djokovic's questioning at the airport, his coach Goran Ivanisevic posted a photograph on Instagram of himself and the Serb's other backroom staff, patiently waiting at the airport for a resolution.

"Not the most usual trip Down Under," wrote the former Wimbledon champion.