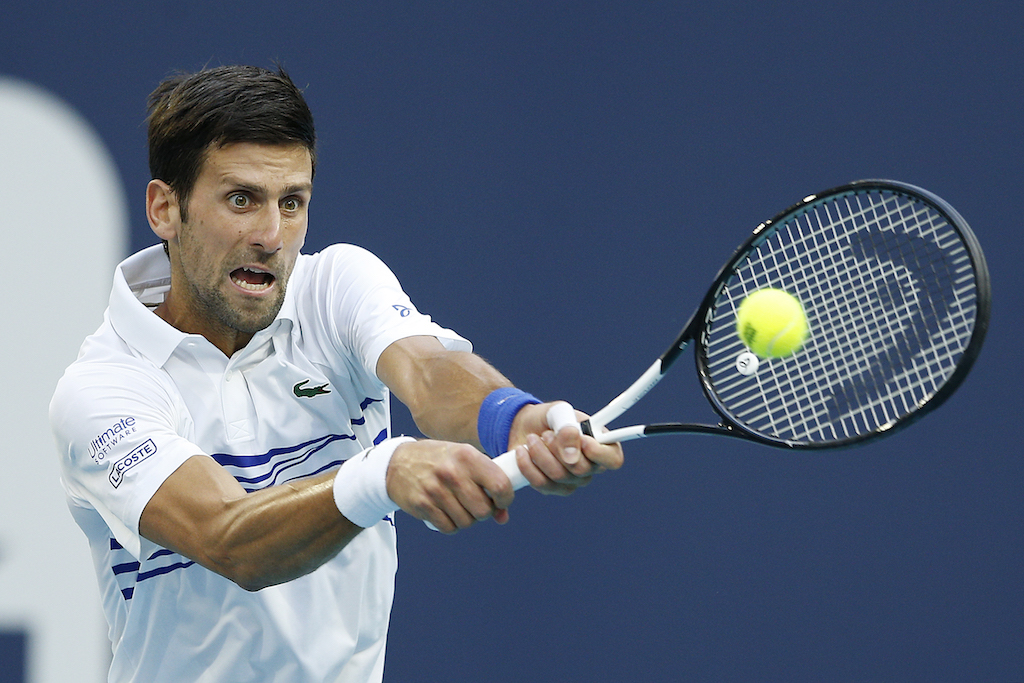 FILE: Novak Djokovic won against Corentin Moutet to reach the third round of the Paris Masters on Wednesday.

PARIS - Novak Djokovic survived a scare against French lucky loser Corentin Moutet to reach the third round of the Paris Masters on Wednesday.

Top seed Djokovic, locked in a battle with Rafael Nadal for the year-end world number one spot, had to save two set points in the first set before beating the 97th-ranked Moutet 7-6 (7/2), 6-4.

The 32-year-old will play either Britain's Kyle Edmund or Argentinian Diego Schwartzman in the last 16 as he continues his bid for a record-extending fifth Bercy title.

Nadal, who is guaranteed to usurp Djokovic at the rankings summit next week ahead of the ATP Tour Finals in London, gets his campaign underway later on Wednesday against home wildcard Adrian Mannarino.