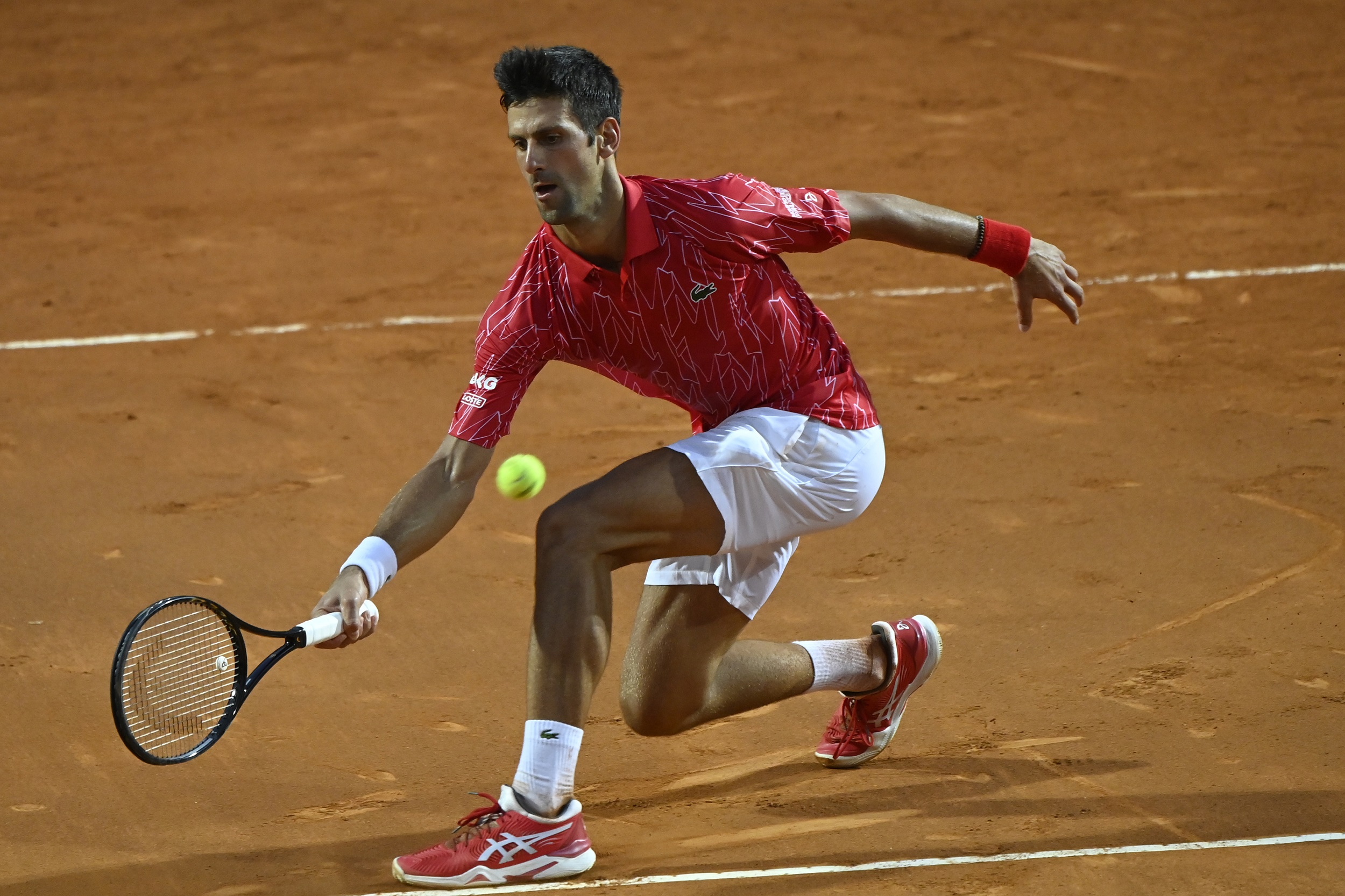 Novak Djokovic won a fifth Rome title, and first since 2015, in the warm-up clay-court tournament for next week's French Open.

The world number one came through 7-5, 6-3 in just under two hours to move ahead of Spanish rival Rafael Nadal in the number of Masters titles.

Serb Djokovic won a fifth Rome title, and first since 2015, in the warm-up clay-court tournament for next week's French Open.

Djokovic had been unbeaten this season before his US Open disqualification for hitting a line judge with a ball in frustration.

The 33-year-old has won four trophies from five events in 2020 -- the Australian Open, Dubai, Cincinnati, which was hosted in New York, and Rome.

It was the 10th Rome final for Djokovic who has lost three times since his last victory, including last year to Nadal.

But Djokovic rallied for his fifth win over the Argentinian, to extend his record to 31 wins out of his 32 matches this year.