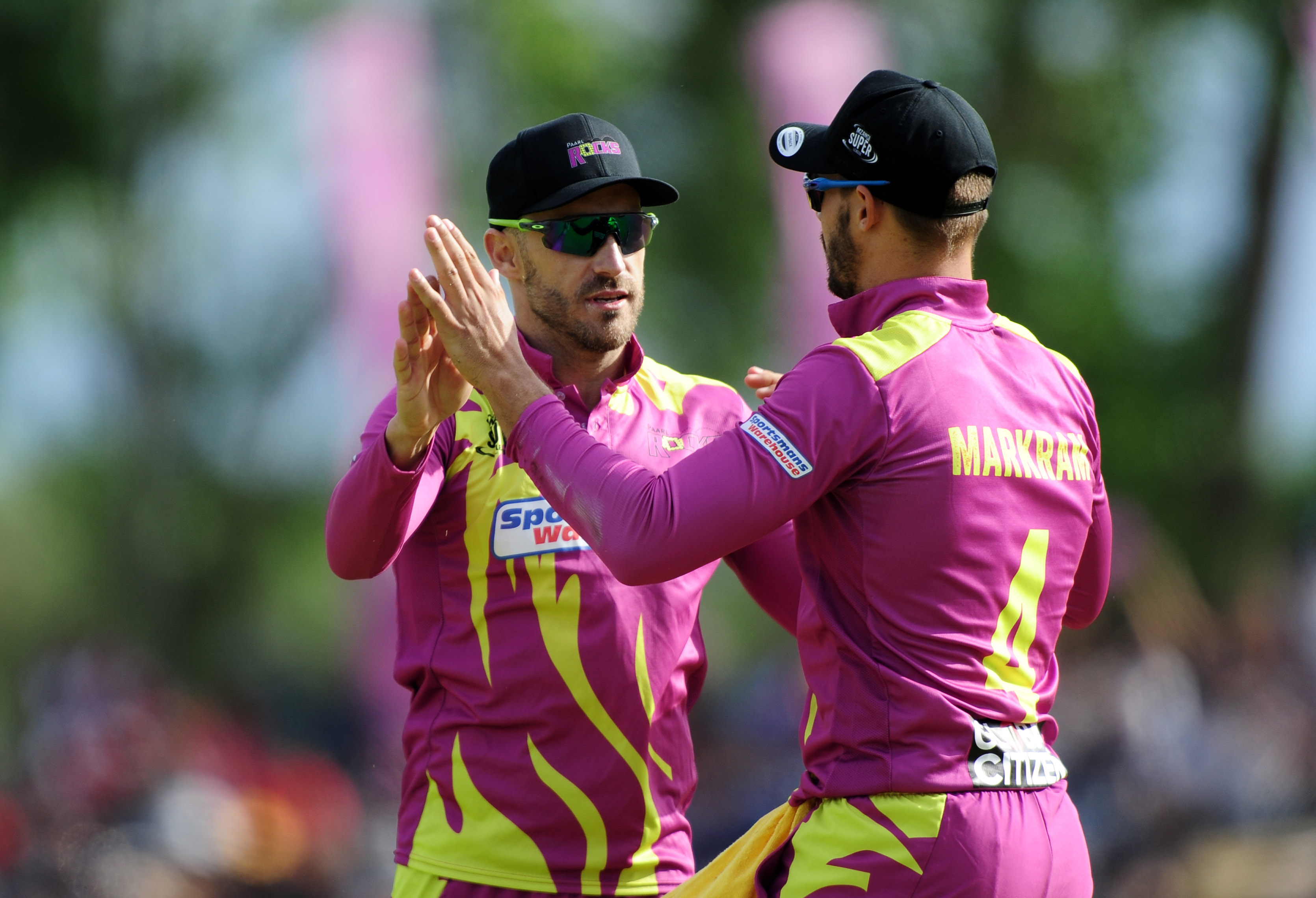 Faf Du Plessis, captain of Paarl Rocks celebrates with Aiden Markram after he catches George Linde of Cape Town Blitz off the bowling of David Wiese during the 2018 MSL T20 game at Boland Park in Paarl on 25 November 2018.

Proteas skipper planted six fours in an innings of 54 off 39 balls as the hosts chased down a 141-victory target, winning by five wickets and with seven deliveries to spare.

There were also some telling performances with the ball for the Rocks with Man of the Match Bjorn Fortuin (4/15) and Dane Paterson (3/23) sharing seven wickets to stun the visitors, who were looking to make it five wins from five.

Instead, they were handed a first loss and subsequently saw their lead at the summit reduced to six points after Nelson Mandela Bay Giants won their match against Tshwane Spartans earlier in the day.

In Paarl, though, it was the home side that dominated. After losing the toss and being asked to bowl first, they looked in trouble early after the Blitz’s top three of Quinton de Kock (31), Janneman Malan (29) and Andile Phehlukwayo (24) all fired.

The visitors began well by reaching 82 for one in the 10th over before Fortuin dismissed all three as well as captain Farhaan Behardien (4).

That left the Cape Town side on 92 for four in the 12th over and things got even tougher as Paterson’s pace sliced through the middle and lower order leaving the Blitz all out in exactly 20 overs.

Dale Steyn (2/21) then silenced the home crowd with two wickets in three balls, leaving the Rocks on three for two.

But Du Plessis and Vaughn van Jaarsveld (32) steadied the ship with a 67-run fourth wicket stand that took their side to 70.

But Du Plessis found a foil in Mangaliso Mosehle (28 not out) as Paarl seized a first win in their third match of the campaign.