'Effective rugby' the key for England's Jones during Six Nations 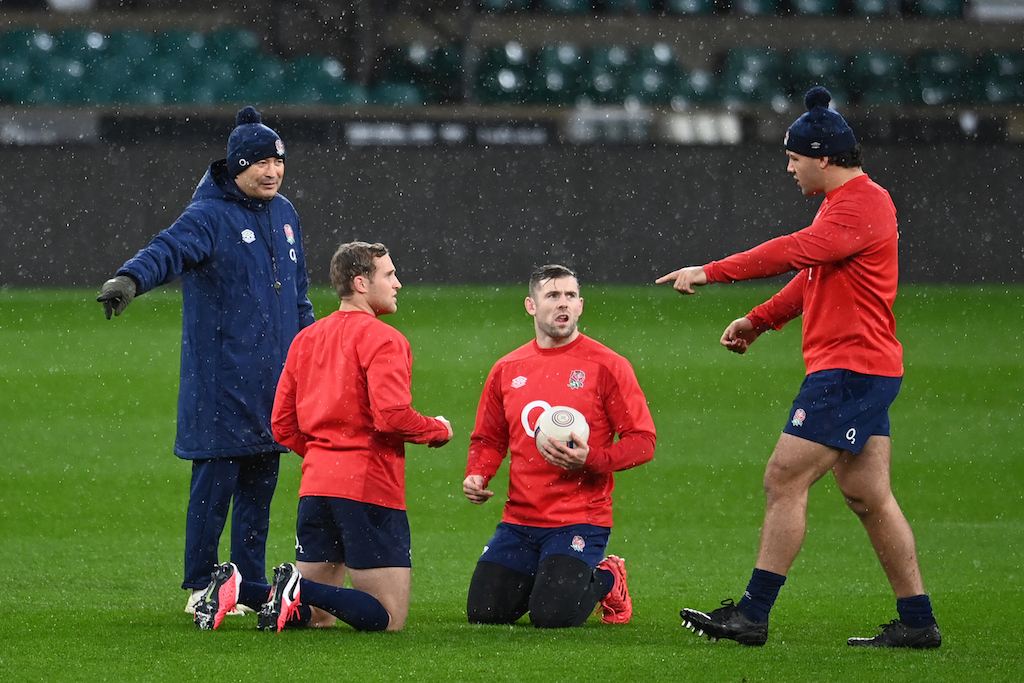 LONDON - England coach Eddie Jones has no qualms about seeing his side play a kicking-dominated game if it is what it takes to defend their Six Nations title.

Jones' men lost just once in nine Tests last year, following their 2019 World Cup final defeat by South Africa, as they won both the annual tournament and the one-off Autumn Nations Cup.

But many pundits argued England were not making full use of their attacking talent, with many matches dominated by set-piece play, kicking and defence -- a pattern witnessed across numerous other international fixtures.

"Maybe we haven't played as well as we could have -- and we want to play better," Jones told the BBC's Rugby Union Weekly podcast.

"Our goal in the Six Nations is to play better rugby. It doesn't matter how many times you kick the ball, it's the quality of rugby you play."

Jones' men kicked the ball from hand more than any of the other seven teams at the Autumn Nations Cup and were only behind Wales at last season's Six Nations.

"I tried to explain to the media why we were playing like we did and people had a judgement on it, which is great because the more people who talk about rugby the better it is. We love it, we love people talking about different styles.

"We don't say, 'we are going to play like this'. We want to play good, effective rugby. And effective rugby is getting the ball to the other end of the field and scoring points. That is the currency we play by," the former Australia and Japan boss insisted.

"So we are always looking to adapt and evolve our game. And the game you play is dependent on the opposition and the referee."