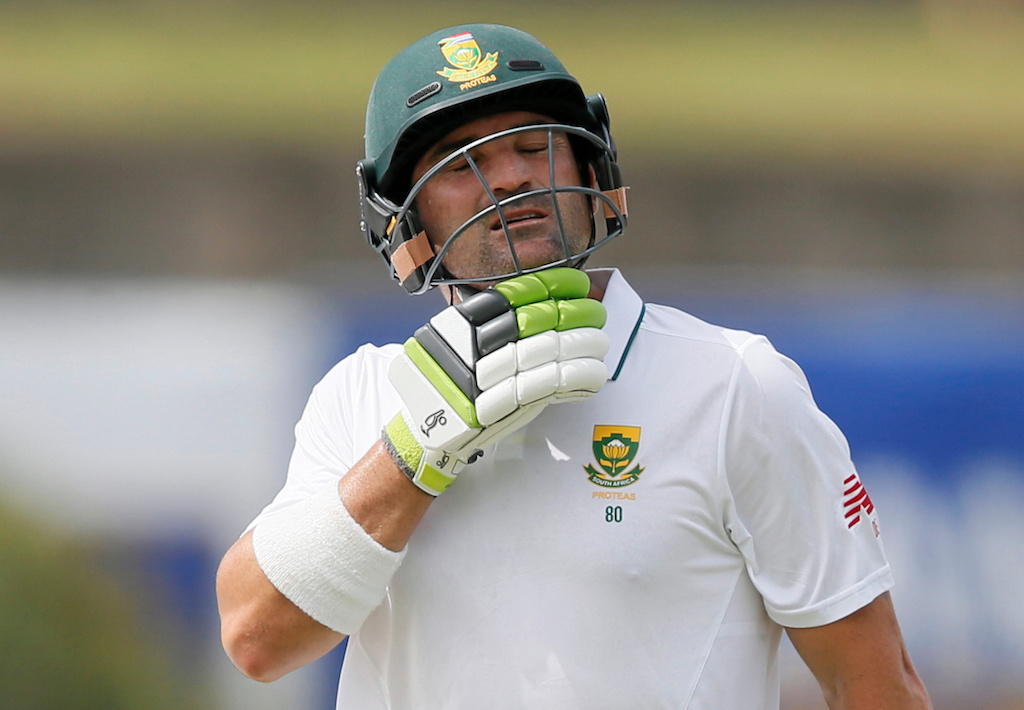 South Africa's Dean Elgar reacts as he walks off the field after his dismissal.

CAPE TOWN - Dean Elgar would be willing to become South Africa’s next test captain as speculation about who will replace Faf du Plessis gathers momentum.

Elgar, who turns 33 next month, put his hand up in an interview with Cricket South Africa (CSA), released on Monday, and joins Aiden Markram on the list of players who have expressed interest in the job.

Quinton de Kock was expected to take over from Du Plessis, having succeeded him as captain of South Africa’s limited-overs teams, but CSA said it did not want to overburden the wicketkeeper-batsman and ruled him out of the test captaincy.

With CSA still trying to find a solution to playing their scheduled three-test series against the West Indies in July, the appointment of a captain has become more pressing.

"It’s definitely not an easy journey being a test captain but I think leadership is something that comes extremely naturally to me," Elgar said.

"I’ve captained teams in the past, right up from school level to provincial level and at franchise level. I enjoyed it extremely and if I was asked to take on the captaincy it’s definitely something I would think long and hard about because it would mean a lot to me."

Du Plessis quit as captain after South Africa lost their home series to England at the start of the year.

Elgar twice deputised for Du Plessis as captain, losing the 2017 Lords test to England by 211 runs and overseeing a 107-run victory over Pakistan in early 2019.